Al Hrabosky is a former baseball player from 1970–1982 who played in the Major League Baseball. Alan Thomas Hrabosky has played for other teams like St. Louis Cardinals, Kansas City Royals, and Atlanta Braves. He is currently the color commentator on Cardinals regular season broadcasts on FSN Midwest.

Alan Thomas Hrabosky has an estimated net worth of $2 million as of 2019. He has made earnings of about $2 million dollars from his entire MLB career.  He may have further earned more money from his broadcasting career with an average salary of $41,800 dollars per year. Therefore, his net worth is yet to be reviewed.

Who is Al Hrabosky Married to?

Al Hrabosky aka "The Mad Hungarian" is a loving family person. He was married to June Hrabosky. Together they have four daughters, Tiffany, Nickie, Kim, and Lisa. They further have two grandsons named West and Ford.

Al Hrabosky currently resides in St. Louis along with his family.

Alan Thomas Hrabosky was born on July 21, 1949, in Oakland California. As per his nationality, he is American. Further, his star sign is Cancer.

Hrabosky started playing baseball at Savanna High School and was first drafted by the Minnesota Twins in the 11th round of the 1967 amateur draft. However, he didn't sign with the club and two years later, he signed with the Cardinals. He made his major league debut at an early age of 20 against the San Diego Padres.

Join us in wishing a happy birthday to the “Mad Hungarian,” Al Hrabosky!

Hrabosky's best year was in 1975 when he led the National League and ultimately won the Sporting News "NL Fireman of the year" award. The Cardinals traded him to the Kansas City Royals. The next year, he went 8-7 for the Royals while having a 2.88 ERA with 20 saves in 75 innings of work and 58 games pitched and had 60 strikeouts and 35 walks while allowing fewer hits and runs than the year before. 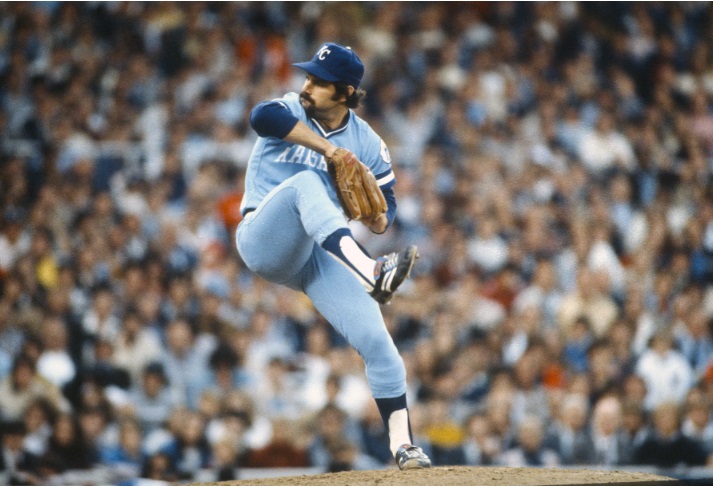 Two years later, Hrabosky signed with the Atlanta Braves. He had less playing time and recorded just seven saves in three seasons with the Braves. His last appearance in the majors was on August 18, 1982, against the Montreal Expos.

After being released by the Braves, Hrabosky signed with the Chicago White Sox. However, before the season began, he retired and started a career as a color commentator for the Cardinals games. He has been with Fox Sports Midwest since 1997. Hrabosky also hosted his own radio shows ion KFNS 590AM and also serves as an occasional fill-in analyst on the Cardinals Radio Network.

Facts and stats of Al Hrabosky

Alan Thomas Hrabosky is not only a former baseball player but also has a very attractive individual. This former MLB player has a height of 5 feet 11 inches and weighs around 83 kg.