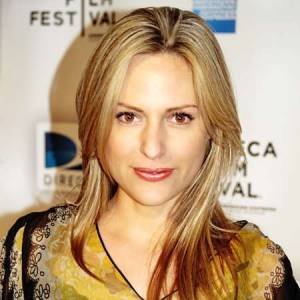 Aimee Mullins is an American athlete, model and actress by profession. She started her career as an athlete whose main sport was track and field including the events long jump and sprinting. She was the first person in the history to compete in the NCAA Division I track and field as an amputee. She has also competed in Paralympics held in 1996, where she competed in 100 m sprint and long jump.

She took retirement from track and field in 1998 and pursued the modeling career. Her first walk on the runway was for British fashion designer Alexander McQueen at London in 1999 where she wore a pair of hand-carved wooden prosthetic legs made from solid ash, with integral boots. She has also featured in a number of magazines including Dazed & Confused, Harper's Bazaar, Elle, Vogue, Numero, Garage Magazine and many more. She is also the global brand ambassador for L'Oréal in 2011.

In 2002, she stepped into the movie industry as an actress. She debuted in the film named Cremaster 3 as six different characters. She was praised for her good job in the film. She can also be seen in the movies like Rob the Mob, Young Ones, Appropriate Behavior, In the stereo and many more good movies. Carrying three different careers along with the success proves her to be a multi-talented woman.

Aimee was born on July 20, 1976 at Allentown, Pennsylvania, U.S. During her birth she was inspected with a deficiency called ‘Fibular hemimelia’ which indicates missing of fibula bones. When she was one year old, both her legs were amputated below the knee. But this did not stop her from achieving her dreams. She got engaged in sports and acting from a very young age. She did her schooling from Edmund A. Walsh School of Foreign Service. She, then, completed her high school from Parkland High School. Later, she joined Georgetown University with a scholarship from Defense Department and graduated with a double major in History and Diplomacy.

Mullins has been entitled with various awards and achievements such as "Coolest Girls in Sports" by Sports Illustrated magazine, “The 50 Most Beautiful People in the World” by People Magazine, “Chef de Mission” of Team USA for 2012 Olympics and Paralympic Games and many more. She is happily married to Rupert Friend, an English actor, director, screenwriter and producer. Beside him, there are no any rumors of her having past or extra marital affair.

There is not much information available about the net worth and salary of Aimee Mullins. Standing 5.6 ft tall, Mullins is also actively involved in the charity works. She is the co-founder of HOPE (Helping Others Perform with Excellence) and is one the board of directors of Just One Break. She has worked with Women’s Sports Foundation, first as a trustee then the president. She is one of the founding members of Spire Institute. She is considered as one of the most influential person alive in the world. She is also demanded all over the word to offer influential and motivational speech. She was also invited on the show Ted Conference.