Aiden Markram is a professional cricket player who currently plays as an opening batter as his main role for South Africa. He bats with the right hand while his bowling style is Right-arm off-break. He is the 13th player to have 1000 fastest career runs in Test Records. Also in ODI, he is the 12 youngest captain when he captained the team while he was just 23 years and 123 days.

It was in September of 2017 when he made the international debut for SA. He was also the captain of the South African U-19 team and led the team to win the ICC U-19 Cricket World Cup in 2014. He was South Africa's leading scorer and third overall in that tournament. He was among 5 cricketers who were named Cricketers of the Year in 2018.

Aiden Kyle Markram famously known as Aiden Markram was born on October 4, 1994, in Centurion, Gauteng, South Africa and his birth sign is Libra. His father is Kyle Markram and his mother's name is Gina Markram.

He grew up in Centurion with his parent's information about his siblings is still not revealed.

The South African batsman started playing professionally in 2014 when he was just 20 years old. On the 9th of October 2014, he made his first-class debut for Northern Cricket Team.

Know About Markram’s Dating Life and Relationship Status in 2021

The South Africa batting opener is currently dating his longtime girlfriend Nicole. The couple has been dating for more than 9 years. The time of these duo dating is confirmed as Aiden posts every year of their anniversary. 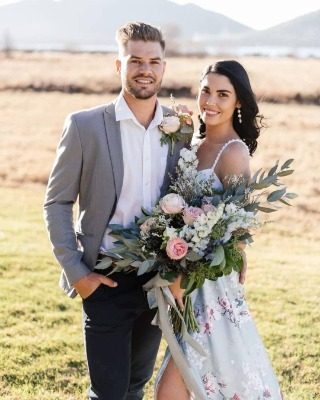 Read also:- Who is Hill dating? Her relationship status and dating life

Aiden frequently posts about his girlfriend on his Instagram and mainly he never forgets to wish his love on her birthday, every year. Nicole celebrates her birthday on the 9th of April. Recently in 2021, he posted saying,

"Happy birthday to my most favorite person ever! Thank you for being you and I hope this next year is your best one yet! "

The 2014 South African U-19 team captain has an estimated net worth of $500,000 approximately. His main source of income is his profession of playing cricket for the cricket team. He also earns from participating in different tournaments and bonuses and incentives that come along with it. 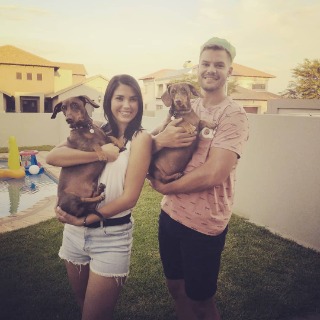 Aiden Markram with his girlfriend and dogs in front of house SOURCE: [email protected]

He lives a moderate lifestyle with his girlfriend in SA.