Ahmed Khalil Sebait Mubarak Al-Junaibi better known as Ahmed Khalil is an Emirati footballer who is signed as a forward for Shabab Al Ahli and the United Arab Emirates national team. Earlier, he played for Al Ain (2018), Al Jazira (2017-2018), and Al- Ahli (2006-2017).

Sharjah, United Arab Emirates native, Ahmed Khalil was born on 8th June 1991, under the star sign Gemini. he twenty-nine years old holds an Emirati nationality, and is of mixed ethnic background. He stands 1.78 m (5 ft 10 in) tall and weighs 85 kg.

Ahmed Khalil is currently playing for the UAE Arabian Gulf League side Ahabab Al-Ahli, one of the most successful clubs in the UAE. There his annual salary is expected at over $40,000. 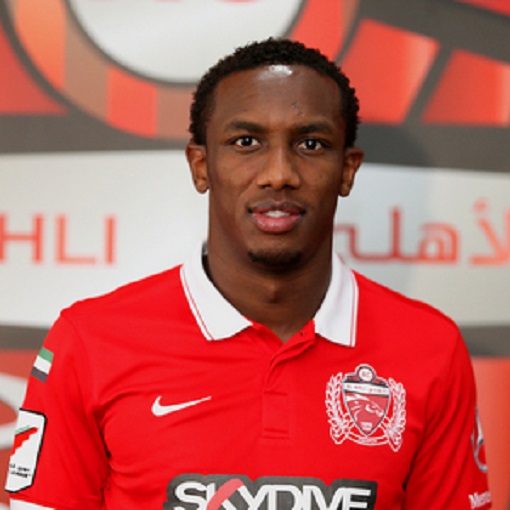 As per the report, Ahmed accepted a four-year deal with the Abu Dhabi club, worth an estimated Dh18m per year. It made him one of the highest-paid footballers in the UAE in 2017.

Ahmed's fans are clueless if the footballer is married, in a relationship, or single. As a matter of fact, Ahmed is a private person who prefers his personal life low key. It's not that, he is inactive on socials like Instagram, Facebook, and Twitter, however, he has shared only his professional side.

For now, we are still doing research on Ahmed Khali's girlfriend.

Ahmed was born to a family of footballers. His father, Khalil Sebait, is a retired footballer who played for an old football club during his time in Kuwait. Furthermore, his brothers Fahd, Fouad (Former), Faisal, Fathi, Mohamed, and finally Ahmed, all of whom played for Al Ahli.

At the age of eight, Ahmed started his football career at Red Fort where he was included in the youth teams until he reached the first team, in the middle of the 2006–07 season. On 13th May 2007, he scored his first goal for the club and in the league, in a 4–1 victory over Al Wahda. In 2015, Ahmed won the Asian Footballer of the Year after leading his club to the final of the AFC Champions League and UAE to the third-place in the 2015 AFC Asian Cup. From 2006-2017, he played 185 games with 93 goals for the Al-Ahli and then moved o Al Jazira in 2017. In 2018, again moved to Al Ain and then to Shabab Al-Ahli.