Agustin Alvarez, born Agustin Alvarez Martinez, is a professional footballer from Uruguay who plays for Serie A club Sassuolo and the Uruguay national team. Alvarez's main position is a forward, and he can also play as a right winger. Besides, Alvarez wears jersey number 11 on his team.

Furthermore, Alvarez is one of the most prominent players on his team, and his performances have helped him to win various titles. In 2021, Alvarez received the title of Copa Sudamericana top scorer. Besides that, Alvarez is also doing good in his personal life, as he has a child with his partner.

Alvarez is living happily with his partner, Thalia Rodriguez. It is unknown if they are married or not, but his social media posts make it clear that Alvarez has a good bond with his probable wife. Together with Rodriguez, Alvarez has gone to many places, and the pair have also featured their unforgettable moments on social media. 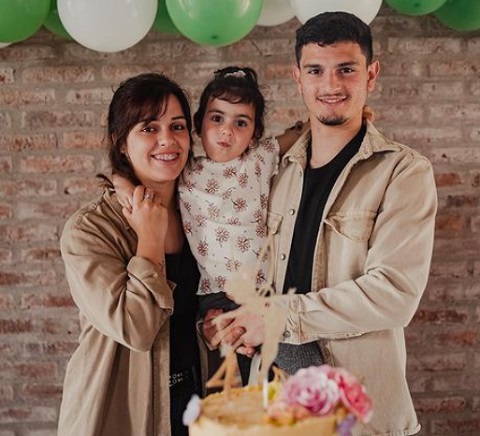 Agustin Alvarez with his partner and their child  SOURCE: Instagram @canarioalvarez19

Alvarez's partner uses Instagram as @thalia.rodriguez96. So, from her account, the celebrity spouse gives updates regarding her personal and professional life. Rodriguez's IG bio shows that she is currently based in Italy.

Meanwhile, Alvarez is a father of a child, and a daughter named Julia, which Alvarez often features on his Instagram account. Also, the footballer lives a lavish life as he has good earnings.

How Much Is Agustin Alvarez's Net Worth?

Alvarez is playing for Sassuolo, and his deal with the team is reported to be €12.00m. So, it can be said that the footballer is receiving a fair salary. His current market value is €8.50m, and looking at his graph at Transfermrkt, we can say that it will increase in the future. 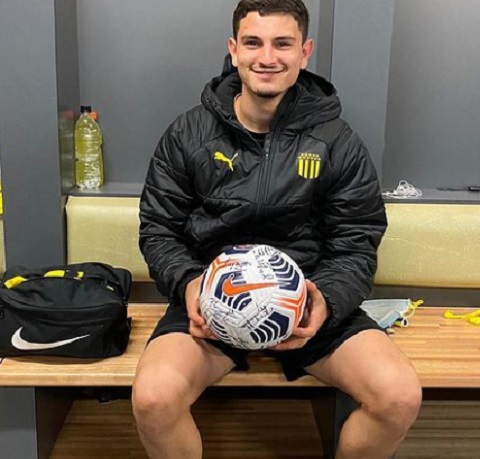 All of Alvarez's income comes from his profession as a footballer, and it is said that his net worth is around $2 million. Just like many other footballers, Alvarez also earns money from brand collaborations, and currently, he is working with Nike.

So, being associated with Nike, Alvarez may be taking a fair profit.

Alvarez began his football career after joining Penarol. After spending his early days there, Alvarez made his professional debut on September 13, 2020, in a game against Montevideo City Torque. And on September 19, 2020, Alvarez scored his first goal while playing against Plaza Colonia.

While playing in 63 games with Penarol, Alvarez netted 24 goals. Later, he got a chance to play with Serie A club Sassuolo and joined the team on June 17, 2022. Talking about his international career, Alvarez has played for the youth team of Uruguay. 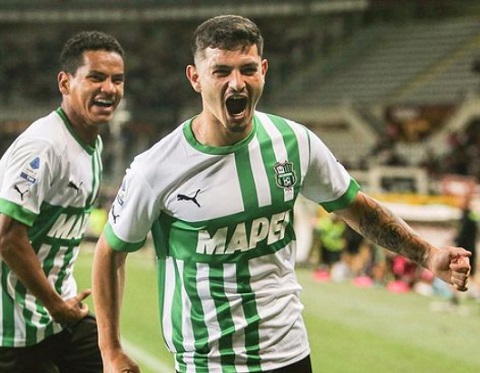 Agustin Alvarez after scoring a goal in a professional  SOURCE: Instagram @canarioalvarez19

Alvarez received his maiden call-up to the senior team for the FIFA World Cup qualifiers on August 29, 2021. And on September 5, 2021, Alvarez made his debut for the national team while playing against Bolivia.

Agustin Alvarez Martinez was born on May 19, 2001, in San Bautista, Uruguay. So, Alvarez holds Uruguayan nationality. Furthermore, Alvarez has received huge support from his parents, and it can be said that he credits them for all his success.

Coming into his physical appearance, Alvarez has great stamina, and he also performs great in the field. Besides, Alvarez peaks at the average height of 5 feet 10 inches which is 1.77 m.