Afriyie Acquah, also known as Brong-Ahafo, is a Ghanaian association football player currently playing in the Saudi Pro League side playing for the AL-Batin Football club headquartered in Hafar al-Baltin, Saudi Arabia. Afriyie plays in a midfield position. Moreover, he is also a member of the Ghanaian national team, conceding just a goal so far.

His ability as a ball-winner and expertise as a deep-lying playmaker make Afriyie Acquah one of the most valued players for both the club and his nation. To date, the Ghanaian international has appeared in different leagues over the globe playing the top clubs like Torino, Palermo, 1899 Hoffenheim, Parma and many more.

On 5 January 1992, the Al-Batin midfielder Afriyie Acqauh was born in Accra, Greater Accra, Ghana. His zodiac sign is Capricorn. As of 2022, Afriyie is 30 years of age. He is of Ghanaian nationality and eligible to represent Ghana on an international platform. The right-footed player put on number 19 on his club and nation jersey. He practices the Muslim religion and believes in its ideology. Furthermore, he also speaks Italian fluently, as he learned in 2010 after moving to play on the Italian side.

Afriyie is of African origin with an impressive height of 5 ft 10 inches. His athletic mentality has been the key to his well-maintained and healthy body. He weighs around 70 kg.

Afriyie Acquah, the Al-Batin jersey number 19, belongs to the Ghanaian community background that spent most of his childhood in Accra, Ghana. His birth took place in a substandard family as they faced numerous financial difficulties. Afriyie is very genuine about his parents' details to the public. He is the caring son of his father, Alfred Baah Yeboah, and his mother, Ama Konadu. Unfortunately, his father is no more with him. Alfred, the 62-year-old, was reported deceased at the Sunyani Reginal Hospital in Feb 2018. The tragic news of his father's death devastated Afriyie mentally and professionally.

Like him, Afriyie's mom is truly a devout Muslim. Reportedly, Afriyie has only flashed his parents' names, while thier professional or the jobs they obligate are still under the radar. In addition, the former Torino star player is the eldest son of his parents. He has a  younger brother Kobby Acquah. He is his role model and guides him in building up his carrer. The Acquah brothers share a very strong bond and are each other staunchest backers.

Born in Accra, Greater Accra, the Ghanaian midfielder set foot into football, joining the Sunyani, Ghana-based Glentoran Football Acacaemey founded by Christopher Forsythe in 2012. Before Glentoran, he joined Goldfields and played some months there. Playing three years for Glentoran, he then played  his youth career for Mine Stars, Bechem and D.C United in time duration from 2008 to 2010. Reportedly, on 1 July 2010, Italian club Palermo signed Afriyie from the United for free. However, €5,00,000 went to SCMG  Sporting Consulting and Management, which resulted in fining him by FIGC for the third party rule violation. 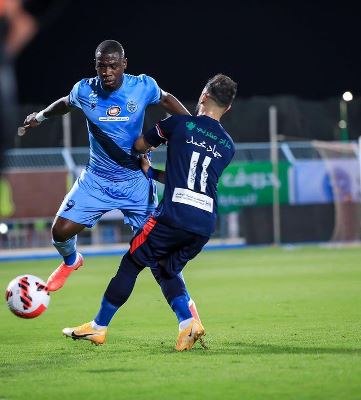 In his senior debut season with Palermo, the 30-year-old chose 94 jerseys in dedication to his mother, who was involved in a car accident that year. Afriyie made his senior career debut on 13 Feb 2013, coming off the bench in the 32 minutes replacing Giulio Migliaccio. Despite extending its contract till 2016, the club loaned him to Parma for the 2012-13 season, playing a debut season with Palermo. Likewise, he joined 1899 Hoffenheim in Jan 2013 and returned to Parma (loan) in July 2013. With a return to his former club, on 2 April 2014, the talented and tenacious player conceded the first goal of his career in a 4-2 loss against Roma. Similarly, he was often switching the club.

Short;y after that, he signed a contract with Sampdoria, Torino, Empoli and Yeni Malatayaspor. During his tenure at Yeni, Afriyie was honored as the deputy of the Captian of the squad. Later, the versatile right-footed midfielder moved to the Saudi Pro League, signing a contrac with Al-Batin on 22 June 2021. He has made eight league appearances for the Baltin. According to Wikipedia data, the athlete has appeared in 261 club matches.

The ex-Parma player Afriyei Acquah made his international appearance on 29 February 2012 against Chile. Since then, he has been playing for Ghana in numerous tournaments. Moreover, Afriyie made his world cup debut in 2014, coming on as a substitute player for Mahommed Rabiu in the 75 minutes against Portugal. Similarly, he is all set to play in Qatar in the 2022 FIFA World Cup. To date, he has recorded 39 presence for the Ghana squad.

Is Afriyie dating anyone? Know about his past relationship

Afriyie seems a very close-mouthed person that hardly opens life matters to the public. However, it is certain that he was previously married to a lady named Amanda Owusu. The couple tied their permanent marital knot in 2014, but their marital only lasted two years. The couple divorced in 2016 as Amanda was caught cheating on him, engaging in extramarital affairs with other men, including his player's teammate. After that incident, his Instagram post was full of their photos; he deleted it all. 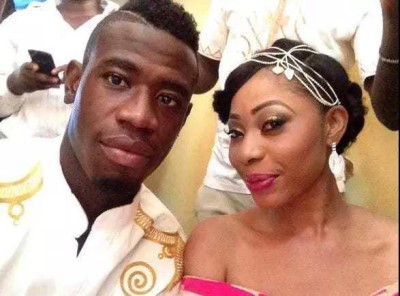 The reason for their divorce, as Amanda's stated was she was not happy and satisfied with him physically and emotionally. This news took all over the internet. Presently, Amanda is married to the Ghanaian business tycoon and politician Kenedy Agyapong and has welcomed a baby. Due to Afriyie's low-key character, it is quite challenging for social media or sources to decide his current relationship status. He has been with any girls after his divorce. He is assumed to be married and single.

What is his annual salary? Market value and net worth in 2022

It no doubts that Afriyie Acquah, the skilled and strong attacking midfielder, is one of the wealthiest Ghananina Footballers. As of the current year, he has played for eight clubs worldwide, so that we can assume the bank balance he credited playing from those clubs. According to our report, Afriyie has an estimated net worth of between $3 million and $ 5 million. When he was with Parma, he netted an annual wage of €5,00,000. Over several years, his salary figures have increased massively too. He pockets a net salary of €1,000,000 with his present club. 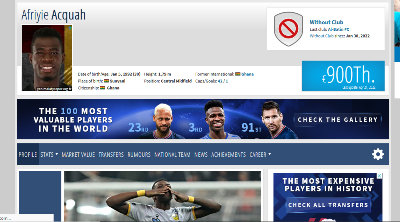 Apart from football, the Ghana nationality also boosts his net worth from his sponsorships and endorsement deals as he collaborates with one of the top sports brands, Puma. However, ther financial transaction of them is still yet to be transparent. For your information, Afriyie is now worth €900K on the transfer market list, and his highest career was €3 million in June 2011.

The Accra-born player is easily accessible in various social media presences. He is available on Intagram, Facebook and Twitter. He has an Instagram id with the username @officailafriyieacquah and has 59.7k followers on it. Likewise, his Twitter handle is @AcquahAfriyie20, with 14.8K followers. Via these platforms, he makes speed-to-date updates with his fans and followings. In addition, he also quite promotes his brands and sponsorships on his media sites.