Adam Bighill is a renowned professional North American football player. Presently, he performs as a linebacker for the Canadian Football League (CFL) team Winnipeg Blue Bombers. The American international made his professional debit in 2011 with BC Lions. Bighill has played for several teams, including BC Lions, New Orleans Saints, and Winnipeg Blue Bombers. He is the 2011 NFL Draft undrafted player who later agreed on a deal with BC Lions as a free agent.

Adam Bighill, the 3x Grey Champion winner, has won numerous individual rewards and achievements. The linebacker is also a former NFL that made his first NFL appearance in the 2017 season with New Orleans Saints. He was committed to playing his college football at Central Washington.

Former NFL star Adam is of American descent and held American citizenship. The linebacker was born on 16 October 1988 in Montesano, Washington. He was born with a cleft lip and palate: an opening in the upper lift that may extend into the nose. According to the astrologers, Adam's sun sign is Libra and he is just 33 years old as of 2022. He represents himself by wearing the number 4 on his jersey for the team. His roster status is active, and American is his CFL status. He is grown in a white neighborhood.

2015 CFL's most outstanding defensive player, Adam, is a heavy body strong defender who possesses a good height of 5 ft 10 inches and weighs over 101 kg. The footballer has a well-maintained and healthy body. Further description: Adam has a wheatish complexion with blond hair and brown eyes. The linebacker regularly hit the gym to main his body shape.

Bighill, the number 4 jersey for the Winnipeg Blue Bombers, is born in the Amercan nationality family. He is the caring son of his beloved mother, Janine Peterson Bighill, and his father, Andy Bighill. Both of his parents are American and hold American citizenship. He was born in a well-economic family where everything was at its best. They were very aware of his son's interest and passion for football and never forced him against his will. They are always encouraging and supportive of their son's interest, desire and love of football. His family is the greatest abutment in his football career. Along with Adam, his families are Christain and practice and follow Christianity. His family mostly makes their attendance his every game to cheer and build up his confidence and energy. The linebacker prefers to keep their profile low when it comes to his siblings. There are no details about his siblings anywhere; thus, it is still under the radar. We will keep the tabs and update you on this soon very shortly.

Since childhood, Adam Bighill, the Linebacker for Winnipeg Blue Bombers, has been a sports person. He also used to participate in various games during primary school. The sporty nature in himself came from his early days. After his schooling, he attended and played college football in Central Washington. In his sophomore year, Adam appeared as a linebacker for the team. He was one of the crucial and popular players at his University.

Professionally, the 5 ft 10 inches,101kg Bombers linebacker kicked off his football journey with BC Lions in 2011. He was grinding hard to get into the NFL draft during college, but sadly, he went undrafted in the 2011 NFL Draft. Shortly after that, Adam Bighill decided to sign with the Canadian Football League side BC Lions as an undrafted free agent on 31 May 2011. With Lions, he had an outstanding rookie season where he played in 12 games leading the club. 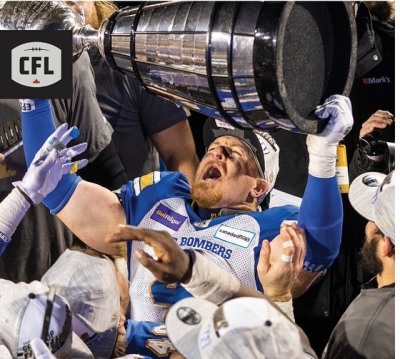 At his best, he clung to the rank four positions in the CFL overall. In his second season with the Lions in 2021, the American descent started as a middle linebacker in place of Solomon Elimimian. The linebacker has had an impressive season with BC Lion in his year of the contract. In his overall year's journey with Lions, he comprised 489 tackles,69 special teams tackles, and one defensive touchdown. And eight interceptions.

After his departure, Adam assured signed a reserved contract with the National Football League team New Orleans Saint on 4 Jan 2017. Later on 2 September, he signed to the practice squad. His NFL journey didn't go the direction he expected. He just got to play three games. With few chances given to him, he decided to release from the team on 16 Jan 2018.

After four months, he signed a one-year deal with the CFL team Winnipeg Blue Bombers. He won numerous cups and individual awards with the Bombers. He was a well-respected and vital player for the Bombers. He just signed his extension contract with the team on 20 Jan 2022.

Net worth and earnings of Adam Big Hill in 2022

BigHill, the firmer Orleans star player, is a well-established player and a role model for many of his fans. His primary source of income from his successful football career. In the two-decade of his career, he has played for several teams crediting his bank balance massively. The American international signed an extension contract with the Bombers with the astronomical annual pay of $7,50,000 yearly. All credit goes to his dedication and hard work; he resides in a luxury lifestyle. As per the reports, Adam's worth is between $5Million to $10 Million. Besides football, he also acquired healthy capital from his sponsorship brands and endorsement deals.

Sugar-Free Snack company "No Sugar Company" endorses Adam. He is well-paid for his action of promoting their products on his social media. 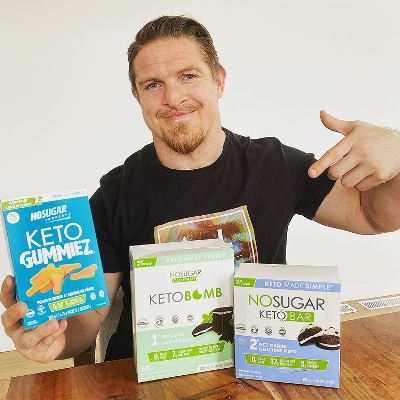 Regardless, the two parties remained silent about the actual transaction between them.

Adam Bighill, the No sugar Company brand ambassador, is very frank about his love life matter to the public. His marital status is married. He is the caring and romantic hubby of his gorgeous wife, Kristina Bighillan; an advocate by profession.

As per th sources, the duo exchanged their wedding vows on10 May 2014 in his hometown, where big celebrities and athletes were also in attendance. The couple quite shares their photographs on the social account. They are also blessed with three children. They are Adam Junior Boghill, Leah Bighill and Beau Bighill. Like him, Beau was also born with a bilateral Cleft lip. Despite being from different professions, the love birds have managed their personal and professional lives equally.

Adam is a regular social media user. He is available on various social media, but he is more active on Instagram. His Instagram username is @bihgilla44 and he is a verified account with followers of more than 20K.

Via Instagram, he keeps his fans and following updates about his life happening, sports news and facts.  He also took this opportunity to promote his brands and sponsors.