Abdulrashid Sadulaev is a professional freestyle wrestler representing Russia and able to dominate in all the weight divisions he has ever fought. Abdulrashid is currently number 1 rank in the 97 kg class. He is a 4 times gold medalist at both World Championship and Euro Championship. Previously, he used to fight in 86 kg class but currently fights in 97 kg class.

The Russian wrestler has had an upstanding record throughout his career. Till now he has won 135 matches in 137, losing only 2 matches. In addition, he has not lost a single fight in 4 years and still going.

In Olympic Games Tokyo 2020, Abdul is part of the Russian Olympics team in freestyle wrestling in the 97 kg division. He didn't let Russia down and won the gold medal in his field. His final match was against K Snyder whom he won by 6-3 to bring the gold medal to Russia. 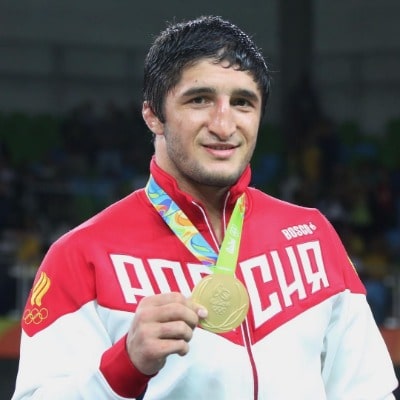 Previously, the wrestler has already won the gold medal in freestyle wrestling in 86 kg class in Rio de Janeiro in 2016.

Who is 'The Russian Tank'? (Childhood and Family)

Abdulrashid Bulachevich Sadulaev, famously known by Abdulrashid Sadulaev was born on May 9, 1996, in Tsurib, Charoodinsky, Dagestan, Russia. His father's name is Bulach Sadulaev and his mother's name is Sara Sadulaeva. He has 3 siblings, sister Patimat and brothers Zumrad and Anvar.

He is also nicknamed "The Russian Tank" because of his ability to defend cleverly against any opponents and charge them to dominate the wrestling.

Sadulaev started wrestling at an early age of 10 when his brother Zumrad took him to train in local coach Magmed Magomedov. But he didn't take it seriously until the age of 13.

The young Russian wrestler took no time in winning the district title and prize money of 300 rubles.  He started training with  Gamid Gamidov Wrestling Club. At the age of just 16, he won the Cadet World Championship.

Since then he has dominated in every age class in every competition he has participated in.

Abdulrashid Sadulaev Earnings and Net worth

According to some sources, the estimated net worth of Abdulrashid Sadulaev is claimed to be $1 million approximately. However, the wrestler has never opened about his revenues in the media. 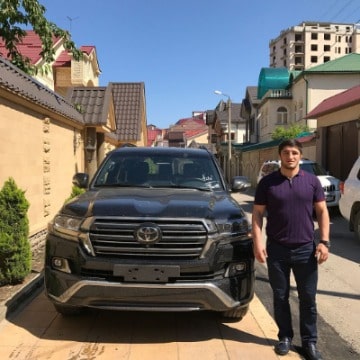 But just today (August 7, 2021), Abdulla has again won the gold medal in men's 97kg freestyle wrestling. It means he will be receiving a huge amount of prizes for the gold. In addition, more sponsors and brands are coming in his way.

Also, he is just 25 years old as of 2021, so he is going to earn more money in the future if he continues his career this way.

The Russian tank is currently happily married to Zaira. The pair got married in 2017 and they are together since then. Zaira, at the time of marriage, was 21 years old and she is currently studying law at Dagestan University in Russia.

The pair got a lovely daughter named Amina who was born in 2018.

The Russian freestyle wrestler is just 25 years old as of 2021. He has won 21 gold medals in major competitions till now. So, there are many records and titles to come in his way and he got a huge potential to go as one of the best freestyle wrestlers in the world.