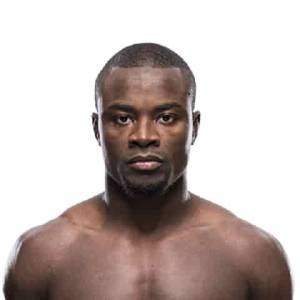 Abdul Razak Alhassan is a Ghanaian mixed martial artist signed up with UFC promotions and fights in the Welterweight and Middleweight division. He was raised in Fort Worth, Texas, United, he was interested in martial arts from a very young age.

He started professionally participating in MMA in 2013 and so far has appeared in 10 events with total 9 wins and 1 losses. Participating formerly in Welterweight and Middleweight division, he is one of the most liked MMA athlete currently signed with the UFC since November 19, 2016.

Abdul Razak Alhassan was born on August 11, 1985, in Accra, Ghana. Razak grew up in Fort Worth, Texas, United and started practicing Judo from his childhood.

In his UFC players profile, he has given the reason behind his involvement in MMA as:

"I have been doing judo for 22 years, so martial arts have always been part of my life. I later transitioned to MMA because my coach wanted me to try it and I ended up liking it."

He holds Ghanaian nationality and currently in contract with UFC. As per his ethnic backgrounds, he is from a mixed-African race.

Besides, there is no information about his past affairs and relationship. However, he has captured a lot of pictures with a little child and also rumored to have a wife.

Talking about Abdul Razak Alhassan salary, he is estimated to have earned around $207,500 from his MMA career. His last fight was against Muslim Salikhov on April 14, 2018.

Abdul Razak Alhassan's current net worth is reportedly around $11 Million and so far his main source of income remains his career as a fighter.

The Ghanaian MMA player Abdul Razak Alhassan considers RNC as his favorite grappling technique and takes calf kick as his best striking technique. His height is 5' 10" ( 177 cm ) tall and weighs 170 lb ( 77 kg ). Moreover, he is a black belt in Judo.