Aaron Civale is an American professional baseball player who plays as a pitcher for the Cleveland Indians of the Major League Baseball. He played college football at Northeastern University and was drafted by Cleveland Indians in the third round of the 2016 MLB Draft.

Civale played for the Northeastern Huskies of the Northeastern University. He spent his first two years being their relief pitcher. In 2015, he played collegiate summer baseball with the Hyannis Harbor Hawks of the Cape Cod Baseball League. While playing for the Harbor Hawks, he became a league all-star and received the Outstanding New England Prospect award. 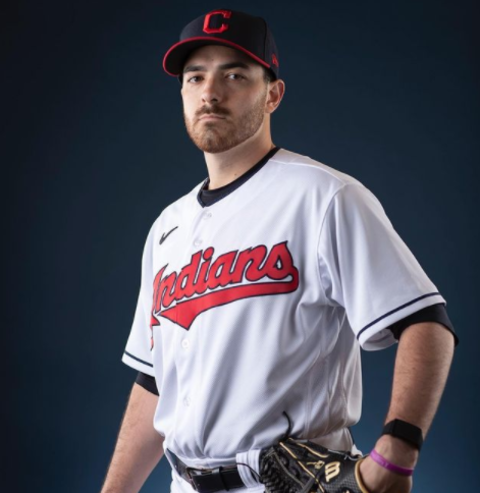 Aaron Civale was drafted by the Cleveland Indians in the third round of the 2016 MLB draft. SOURCE: Instagram

In 2016, he was drafted by the Cleveland Indians in the third round of that year's MLB draft. He later signed and spent 2016 with the Mahoning Valley Scrappers where he was 0-2 with a 1.67 ERA and 0.82 WHP in 13 starts. In 2017, playing for both the Lake County Captains and Lynchburg Hillcats, Civale posted a combined 13-6 record with a 3.28 ERA in 27 total starts between the two teams.

The next year, he went 5-7 with a 3.89 ERA in 21 starts. For 2019, he was promoted to the Columbus Clippers where he made seven starts and went 5-0 with a 2.85 ERA before being called up in the majors. In his first MLB game, he went 6 innings with 6 strikeouts against the Detroit Tigers and winning the game 2-0.

Aaron Civale's Net Worth and Salary

Data show, his net worth since turning pro should be in the range of $1-$2million. The three years he played in the minor league also deserves a mention. Pitching in between the double and triple-A should have brought him an average of $9000 and $15000 (respectively) a month. That's no less than $400k starting from 2016 to 2019.

Civale is currently dating his fiancee, Francesca Jeanne. The Indians' pitcher proposed to his girlfriend in Ohau, Hawaii on December 1, 2019. "Finally put a rock on my rock," Civale wrote on his Instagram whilst sharing series of pictures of him and Jeanne having their moments by the beach. The couple had their first date on January 25, 2014. 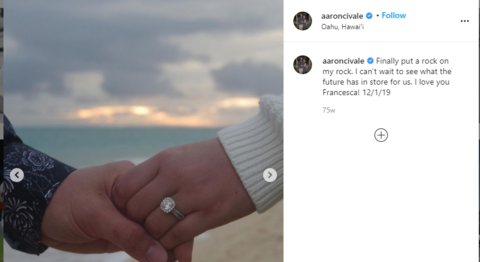 On the sixth anniversary of their relationship, the East Windsor-born baseball player, on his Instagram, wrote, "Today marks 6 years since our first date and this year has been one of the craziest yet. Countless lifelong memories, both highs, and lows, but there isn’t anyone else I’d rather experience the highs and lows of life with. Happy anniversary to my fiancée, my love, Francesca. Top of Waikiki to everyone else, Top of the World to me." 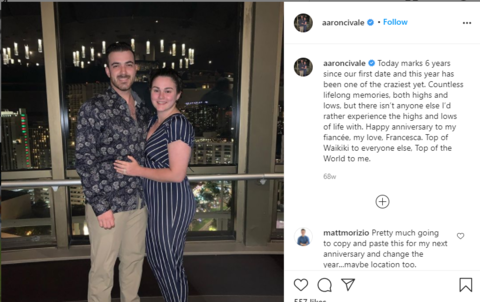 For the followers, Civale first addressed Jeanne as his girlfriend on August 13, 2014, through his official Instagram account. He posted a collage entailing the imaging of his future fiancee along with pictures of some of New York's best locations. 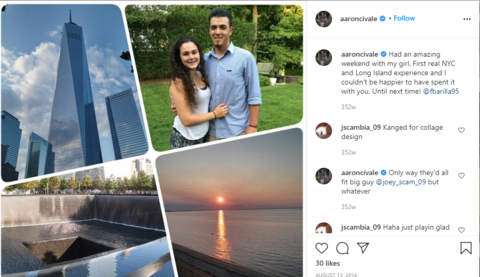 "Had an amazing weekend with my girl. First real NYC and Long Island experience and I couldn't be happier to have spent it with you. Until next time," penned the 6 foot 2 baseball pitcher.