Gossip Former French Footballer Thierry Henry, age 40, has a Net worth of $60 million; His earnings and Endorsement Deals

Former French Footballer Thierry Henry, age 40, has a Net worth of $60 million; His earnings and Endorsement Deals

Thierry Henry, the retired French footballer currently serves as the assistant manager of the Belgium National Team and as a pundit for the Sky Sports. The 40-year-old former football forward has played for the teams like Monaco, Juventus, Barcelona, New York Red Bulls, and Arsenal, in his 20 years of footballer career.

With his successful career, Henry not only has earned a massive fame but also the net worth of $60 million. Even though Thierry Henry has not linked himself with endorsements after his retirement in 2014, his current salary of $5.39 million can't be unnoticed.

Let's know more about his salary, net worth, and properties.

Net Worth and Salary of Thierry Henry

And soon after his retirement announcement on December 16, 2014, he signed a 6-year contract with Sky Sports to work as a pundit. The deal worth $32 million earns him the annual salary of $5.34 million.

Then in August 2016, he became the second assistant manager of the Belgium National Team, working alongside head coach Roberto Martinez and fellow assistant Graeme Jones. Henry's annual salary from the managerial career is reported to be $56,560, which he donates in charity. 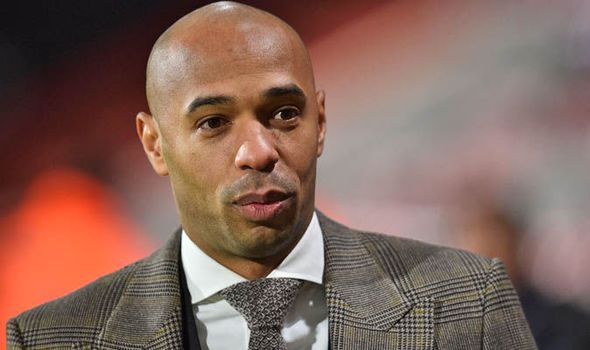 Probably, after the loss of endorsements and lucrative football contracts following the end of his playing career led the decrease in his worth.

Curious to know about his previous contract and salary? Scroll down.

Making his debut in Monaco senior team in 1994, Thierry Henry helped the team to win Ligue 1 title in 1996. However, after playing for Monaco till 1999 with an undisclosed salary, Henry moved to Juventus in January 1999 on $18 million in fees, just a year before his teammate David Trezeguet.

Well, Henry couldn't last long in Italian side Juventus, so on August 3, 1999, he moved to Arsenal on $24 million transfer fee.

The only gift to give Chairman [email protected] #beijingguoan ????

After playing for 8-years under The Gunners' manager Arsene Wenger, Thierry Henry waved hands to the club in 2007.

As for the fact, soon after Henry had signed a new 4-year contract with Arsenal in 2006, the club's vice-captain David Dein claimed the club had turned down 2 bids of $97 million from Spanish clubs for Henry, and if the deal was done, he would have surpassed the then-world record $91.65 million paid for Zinedine Zidane.

?? It's ten years since Thierry Henry's arrival! Watch a video of his best goals as a blaugrana: https://t.co/Rn5ayHnaCt #ForçaBarça pic.twitter.com/BXMphe5Fnz

However, after 4 and a half year, on December 1, 2014, Henry left the club and announced his retirement 15 days later.

Well wait, let's take a look at his salary table.

Let's know about his previous endorsement deals too.

Initially, wearing Nike in his career beginning, Thierry Henry deal with Nike ended after 2006 FIFA World Cup and he endorsed Reebok till 2010 and in 2011, Henry switched to Puma.

Hey #NYC, stop by the PUMA Store on Broadway tonight at 7:15 for a special delivery from me pic.twitter.com/kp5k1SkIF7

The Gillette ambassador for 2007, Henry starred in a 2014 advert for Beats headphones with football stars like Neymar and Luis Suarez.

As per sources, Henry's endorsement generated him the yearly revenue of nearly $9 million.

Reportedly, Henry owns a penthouse in New York which he bought in 2010 for $14.9 million after moving to MLS. Besides this, he also owns a house in London which came into the limelight in 2012 after Henry expressed his plan to build a 40-foot fish tank through the entire house.

Though, he later dropped the plan. The worth of the house is reported to be $9.5 million. 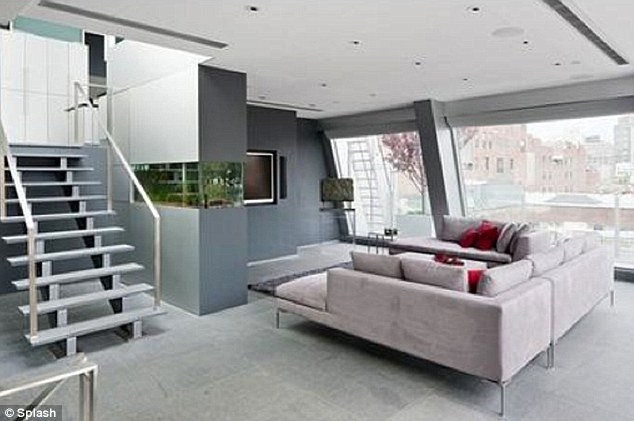 Also, the retired footballer owned another house in London from 2002 to 2008. The house designed by Richard MacCormac, the former president of the Royal Institute of British Architects was sold at an undisclosed price. 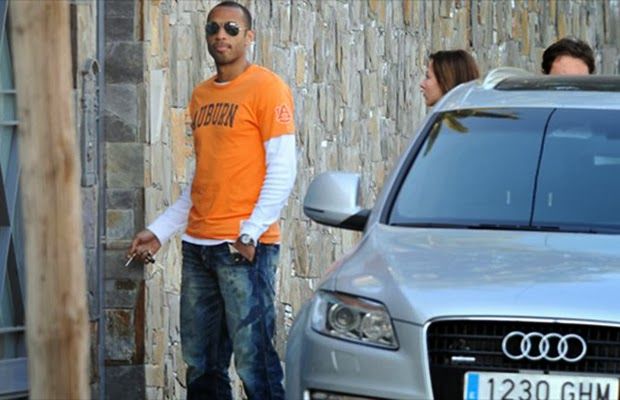 The total worth of his cars is assumed to be over $1 million.

Theirry Henry was married to his wife English model Nicole Merry, real name Claire from July 5, 2003, to December 2008. The former couple shared 2 children: Tristan Henry and Tea Henry, however, without a disclosed reason, they separated in September 2007.