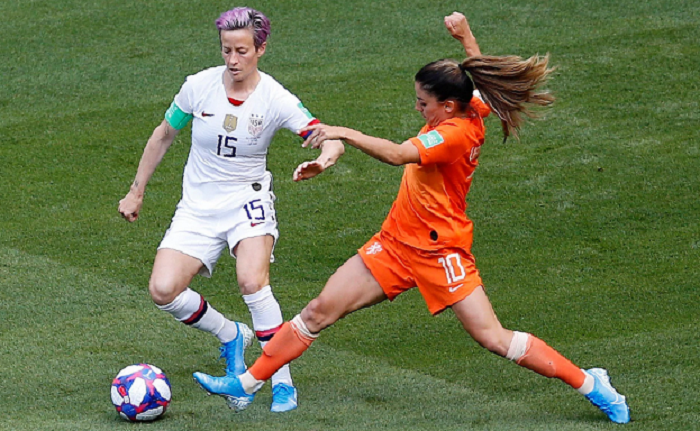 With a winning goal in the second half, Midfielder Megan Rapinoe netted a penalty opportunity against the Netherlands cementing the win for the United States.

And again at the 68th minute, one of the breakthrough players Rose Lavelle again netted a goal in front of around 60 thousand live spectators at Parc Olympique Lyonnais and won the match against the Netherlands. 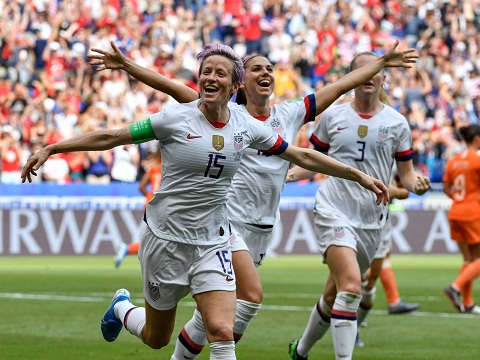 The USA scored a very good second goal and totally stunned over 30 million viewers all over the world to claim the cup.

With 8 shots on the target and netting, two against the toughest Dutch keeper Team USA brought home the shield of Fifa 2019 Women's world cup. The second goal from Rose became the deciding goal for the American team.

The United States is now celebrating its fourth victory after its victory over Japan in 2015. Dutch players came up with a really good game plan but fell short to the American pressure.

This year world cup featured 52 games inclusive of the final played at the Parc Olympique Lyonnais. Netherland's march to the goal again ends without a win as it still remains the team with most finals but no victory yet. The USA won it's fourth ever world cup trophy yet its first cup in Europian soil.

Alex Morgan wins the silver boot and Megan Rapinoe wins the golden boot along with the golden ball was gifted to Rapinoe. Golden Globe, however, was awarded to the well deserved Dutch player Sari van Veenendaal.