Trevor Plouffe is a well-known American former professional baseball player. After retiring from baseball, Trevor has been working as a media personality. Plouffe played as a third baseman for his team while playing in the Major League Baseball. Trevor was part of the Old Medal winning team at the 2009 Baseball World Cup.

Trevor Plouffe was born Trevor Patrick Plouffe on June 15, 1986, in West Hills, California. He is the son of Diane Plouffe and her husband, Warren Plouffe. Much about his parents is still under investigation. Trevor graduated from Crespi Carmelite High School and joined MLB rather than continuing his further studies. In 2004, He turned down a scholarship from the University of Southern California. Plouffe stands six feet and two inches tall and weighs 93 kg.

Trevour Plouffe has an estimated net worth of more than $10 Million. He played in the MLB for nine seasons, currently works for the co-host in a podcast, and runs a show in the Jomboy Media. Much about his salary from the media company is under the radar. Plouffe took home $117,430 as his salary before retiring in 2018 with the Philadephia Phillies. 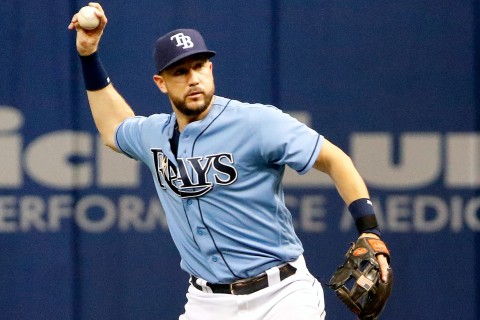 Trevor throws a ball towards his teammate in an MLB game SOURCE: Bleacher Report

Trevor Plouffe walked down his wedding aisle along with his longtime girlfriend, Olivia Pokorny, in 2013. They had been dating for some time before walking down the wedding aisle. 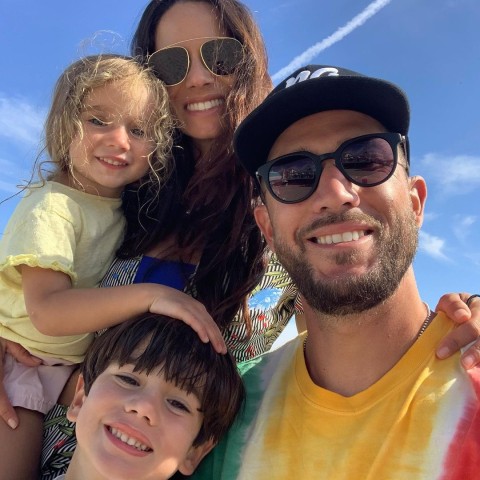 Trevor shares a photo with his wife and children at vacation SOURCE: [email protected]

Although Trevour is an active social media user and keeps sharing many photos of his children, he has not shared a word about them. The duo is the proud parents of a son and a daughter.

Trevor played baseball for his High School team. In the 2004 MLB Draft, Minnesota Twins drafted him in the 20th overall pick. He spent his early days playing in the minor leagues for the Elizabeth Twins in the Midwest League. In his later years of his rookie team, He remained with Rochester. In 2010, Plouffe made his MLB debut against Milwaukee Brewers. He played a total of 22 games while hitting just .146 in 41 at-bats.

In the next two seasons, Trevor established himself as the best player. In 2014, His contract was extended until 2016. The player signed with Oakland Athletics but moved to Tampa Bay Rays. The following season, Trevor moved to Texas Rangers and then to Philadelphia Phillies, where he announced his retirement. Later, Plouffe invested in Jomboy Media and worked as a co-host for shows and runs a YouTube show.