Tiffany Joh was born Tiffany Sung-hee Joh on December 8, 1986, in Philadelphia, Pennsylvania. She is among the two children born to her parents. Her parents are South Korean but they migrated to the United States soon after their wedding. Joh started playing golf at the age of twelve when her parents lived on a golf course. After graduating from Rancho Bernardo High School, Tiffany enrolled at the prestigious University of Los Angeles.

How Rich is Tiffany Joh? (Net Worth, Career Earnings, and Sponsorships) 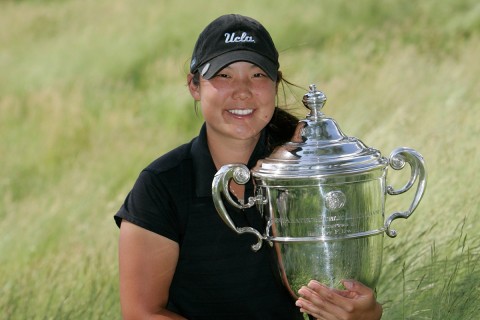 In the ongoing season of 2021, Joh has earned $5,000 from LPGA Drive On Championship presented by Volvik at Golden Ocala. Last season, she made $37,000 from fourteen events as many games got halted due to the COVID Pandemic. Although the golf player made her professional debut in 2009, Tiffany could not make it to the top of the LPGA tour until 2013. In 2013, She took home $25,000.

Joh is very much private about her personal life and her relationship status. She has not uttered a single word to date about her love life. Tiffany keeps uploading photos of her surfing and visiting new places. Following her posts, it seems like she is single as of early 2021. However, Joh could secretly be dating someone.

Tiffany earned American Junior Golf Association Scholastic All-America Honors in her High School. She is among the only five players to win the Women's Amateur Public Links championship twice. The golf player was a member of the 2008 U.S. Curtis Cup Team. Joh turned professional shortly after she graduated from UCLA. Joh turned professional and joined the Futures Tour.

Joh won her first title in 2010 at the ING New England Golf Classic. In 2011, she made her LPGA debut and earned $237,365 from participating in 14 tournaments. After since Tiffany has been part of numerous top events but has not been able to win the title. The golf player was the winner of the inaugural European eTour match at Pinehurst #2 in 2020.