Charley Hull was born Charley Esmee Hull on March 20, 1996, in Kettering, England. She was born to Dave Hull and his wife, Basienka Hull, and has a sibling. Her father was a plasterer who is now retired. She is of mixed ethnicity as her father is English, and her mother is Polish. Charley has an elder sister. The golf player left schooling at the age of thirteen to focus on her amateur golf career. Hull stands five feet and six inches tall and weighs 70 kgs.

Know About Charley Hull's Net Worth, Prize Money, and Sponsors

Charley Hull has an estimated net worth of $3 Million. Hull has accumulated most of her net worth through her successful career as a golf player. A golf player has several income sources like prize money, bonus, sponsorships deals, advertising deals, and a few more. She must have earned a good amount from her sponsorship deal with Ricoh UK. 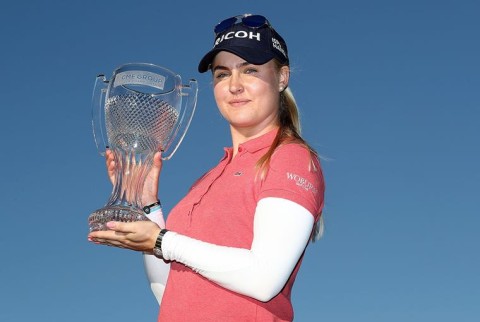 Charley played her first LPGA Tour event in 2015 and earned $359,000 in her rookie year. In the following year, she took home more than $1.1 Million when she became a Rolex First-Time winner and crossed the $1 million mark in her career. In the following two years, her combined revenue reached $1.3 Million.

In 2019, Hull made $885,000 from twenty-two events she played. She was the runner-up at the season-finale CME Group Tour Championship. Last season, the Engish golf player earned $281,000 as several events got canceled due to the COVID pandemic. Totaling her earnings from LPGA events, she has pocketed $3,990,515.

Who is Charley Hull's Husband? Know about her Relationship and her Love Life

Charley is married to her longtime boyfriend, Ozzie Smith. The love birds walked down their wedding aisle on September 21, 2019, at a private wedding ceremony in Burton Latimer, England. They got engaged on Christmas Day in 2018. 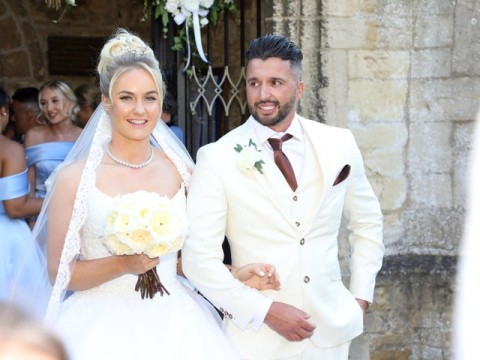 Charley with her husband Ozzie on their wedding SOURCE: Daily Mail

Charley started playing amateur tournaments from the age of five. She won numerous events before turning professional in 2013. Hully won the 2012 Harder Hall Invitational. Charley turned professional in 2013 and made their debut in Ladies European Tour. Hull was awarded the 2013 LET Rookie of the Year award.

In 2014, Charley won her first professional title at the Lalla Meryem Cup. She ended the 2014 season by becoming the youngest player to win the Ladies European Tour Order of Merit. In 2016, Hull won her first LPGA Tour title at the CME Group Tour championship. The golfer won her last major title at Fatima Bint Mubarak Ladies Open in 2019. In early 2021, Nelly Korda won the Gainbridge LPGA event, making it only into the playoffs.