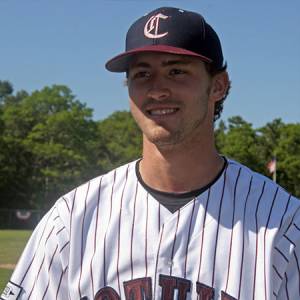 How Much Is Steven Duggar's Earning in 2019?

Steven Michael Duggar has an estimated net worth of over $1 million and is supposed to earn a lot more than his recent income since he is still in his baseball playing career.

As going on exploring his estimated career earnings, Steven has so far made a nice amount of money around $1,055,975 until 2019 from his professional baseball career.

Steven Duggar has recently signed a contract with the San Franciso Giants which is worth  $558,125 and signed on March 5, 2019, for a single year.

Further discussing his contract6 properties, he is supposed to get a guaranteed sum of around $558,125 from San Francisco Giants team. Duggar is making a decent amount of money annually from his team as his salary and is around $558,125.

Is Steven Duggar Single Or Dating Someone?

Steven seems to be pretty much focused on his baseball career and has a very busy schedule so he might not have shared details about his personal life whether he is married or single or is currently in a romantic relationship with someone.

So far Duggar has given a single hint neither on the media nor on his official social sites from which information about his probable spouse/girlfriend can be retrieved.

In addition to this, he is just at his career beginning so he might not want to get involved in rumors talking about his love affair or might have some other reason of keeping his personal life a secret. Besides, he has kept his official social accounts private.

The Famous MLB star is 6 feet 1 inch in height and weighs around 86 kg. Talking about age, he is currently 26 years old.

Steven Michael Duggar was born on November 4, 1993, in Spartanburg, South Carolina, the United States. He is American by nationality and belongs to the White ethnic group. Further, his star sign is Scorpio. He grew up along with his siblings, Lauren Duggar.

Steven Duggar's professional baseball playing career started with the Salem-Keizer Volcanoes where he played his 2015 season and later after playing a season, he joined the San Jose Giants in 2016.

After ending his minor league career, he was promoted to the major league by the San Francisco Giants in 2018 and since then he is playing for them in the major league alongside Erik Kratz and Tyler Austin.