Steve Stricker is a well-recognized American professional golf player. He has been playing golf at the professional level since 1990 and is among the oldest active golf player. Steve has won a total of 28 wins in his professional career which ncludes 12 PGA Tour, 1 European, 5, PGA Tour Champions, and 11 others.

Steve Stricker was born Steven Charles Stricker on February 23, 1967, in Edgerton, Wisconsin. He is among the two children born to Bob Stricker and his wife, Caroline Stricker. He had a brother named Scott Stricker, who passed away in 2014 due to Crohn's disease. Stricker enrolled at the University of Illinois and earned All-American honors as a member of the Illini golf team.

Steve Stricker has an estimated net worth of more than $40 Million. Steve Not to mention, professional golfers are paid a percentage of the purse for each tournament they play in and finish in the money. He has earned much of his net worth through his three-decades-long career with golf. Steve has played a total of 511 events and earned $44,429,619 as his prize money. 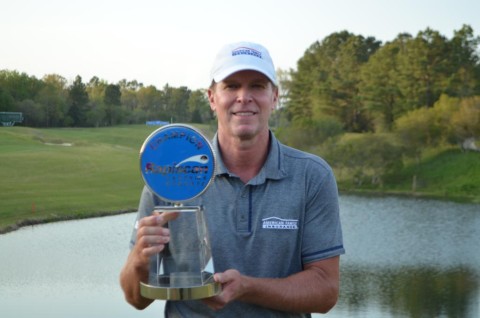 Steve is a married man living a happy married life along with his wife and his children. Steve tied his wedding knot with his longtime girlfriend, Nicki Stricker, in 1993. At the time of their wedding, both were not famous, so there is not much information with the public. Stricker is the father of two children from this happy marriage life, Bobbi Marie Stricker and Izzy Stricker. 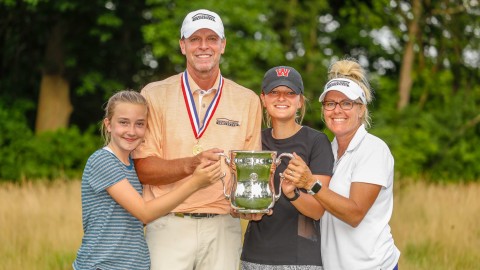 Steve Stricker with his wife and children
SOURCE: USGA

Steve's eldest daughter, Bobbi, is following her father's successful footsteps. She is ready to become a professional golf player. Nicki comes from a golf family background. She is the daughter of a famous golf player, Dennis Tiziani. Nicki is often her husband's caddie.

Edgerton Native Charles graduated from his university, winning several events. He made his professional debut on the Canadian Professional Golf Tour. Steve earned his first PGA Tour debut in 1994 and won his first PGA Tour in the 1996 Kemper Open. He won his third and most prestigious PGA Tour title at the WGC Match Play Championship in 2001.

In 2006, Stricker managed seven top-ten finishes and was voted the tour's Comeback Player of the Year. In the following season, Steve rose to no. 4 in the Offical World Golf Ranking.  Stricker finished runner-up in the 2007 FedEx Cup Playoffs behind Tiger Woods. In 2009, Steve reached no.2 in World Golf Ranking after winning several tours.