Ranked him 94th on its annual Time 100 list of most influential people in 2007, Steve Cohen is an American billionaire hedge fund manager who owns the majority of the New York Mets of Major League Baseball (MLB). Also, he founded the hedge fund Point72 Asset Management and S.A.C. Capital Advisors (now closed), both based in Stamford, Connecticut. Other than that, Cohen is the owner of one of the world's most valuable private art collections, worth over $1 billion, which includes Hirst's The Physical Impossibility of Death in the Mind of Someone Living. Koons's Rabbit and Picasso's Le Reve.

As of 2020, Steve Cohen has an estimated net worth of US$14.1 billion. How he got into the business and earned money: Out of school, he started working as a junior options trader for boutique investment bank Gruntal & Co and by 1984, he was managing a trading group at the company. During his stint, his trading routinely made $100,000 a day for the firm and also helped him build solid personal wealth.

In 1992, Cohen launched his hedge fund, SAC Capital Advisors with $25 million of his own money. In 1999, Cohen suggested that SAC regularly traded 20 million shares per day. By 2006, the firm’s trading accounted for 2% of all stock market trading activity. From 1992 to 2013, SAC averaged annual returns of 25% for their investors.

In 2013, the firm pleaded guilty to insider trading and agreed to pay $1.8 billion in fines which is one of the biggest criminal cases against a hedge fund. For the scandal, he was prohibited from managing outside money for two years.

Now about the New York Mets, Cohen became a minority owner of the team with a 8% stake in the baseball team in 2012. In 2020, the franchise had an estimated value of 2.4 billion U.S. dollars.

Steve resides on a 14-acre estate in Greenwich, Connecticut, which worth more than $14.8 million. Further, he has a vacation estate in East Hampton, New York, that features 10 bedrooms and spans 9,000 square feet. 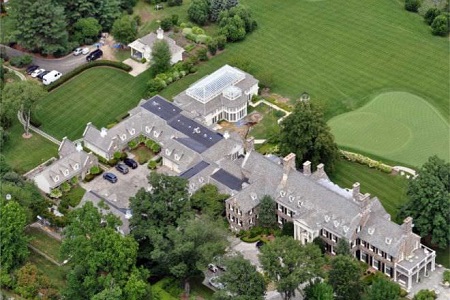 He has yet another mansion in Beverly Hills, California worth $35 million. The real estate covers 12,664 square feet and has nine bedrooms and 13 bathrooms. Additionally, he is the owner of two apartments in Manhattan's West Village, worth $23.4 million and $38.4 million respectively. Besides, he had a triplex in the West Village, which he sold for $30 million in May 2019.

Steve Cohen was born to Morris David Cohen, a garment manufacturer, and Genevieve Cohen a piano teacher. He was the third of eight children.

He enrolled at John L. Miller Great Neck North High School, where he played soccer for the school's team. Further attended and earned a Bachelor's degree in economics from the University of Pennsylvania's Wharton School of Business.

In 1979, Steve tied the knot with his girlfriend, Patricia Finke. The couple shared two children. However, after 11 years of marriage, the couple separated, and almost later two decades Patricia Finke accused him of hiding assets from her during their divorce. But the case was later dismissed. 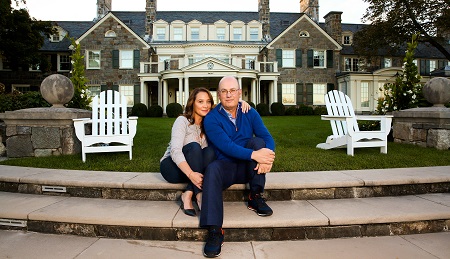 In 1992, Cohen remarried Alexandra Garcia, a single mother of Puerto Rican descent. The duo met in 1991. They have four children together. The couple is still together living a happy life without any news and rumors of extramarital affairs, conflict, or divorce.