Skylene Montgomery is a beautiful wag who is married to former head coach of the New Orleans Saints of the National Football League, Sean Payton. The Parkersburg, West Virginia native is a former beauty pageant titleholder, Volleyball coach, and Nurse.

Being in a limelight, fans are curious to know Montgomery and Payton's love journey: when did they meet? who approached first and many more. To solve the puzzle SCROLL DOWN!!

The NFL power couple: Skylene Montgomery and Sean Payton had their first encounter at a Saints-Panthers game. At the time, Montgomery was a nurse and volunteered with Payton's Play It Forward Foundation in Charlotte, North Carolina.

First, the duo developed a good friendship which gradually blossomed into a beautiful love. Though they dated a long-time ago, they came to public notice later.

“Skylene is not someone who seeks the limelight,” mentioned her friend Jennifer Ansardi, a local artist who met Skylene at the Super Bowl party thrown by the host city of New Orleans in 2013. Further Jennifer added,  “ She is independent and wise, poised, caring and fun.”

Former NFL-player-turned-coach Payton surprised her long-time girlfriend, Skylene getting down one knee asking for a lime time commitment on 8th November 2019 at a private party at Longway Tavern in the French Quarter, two days before the Saints vs. Falcons games. 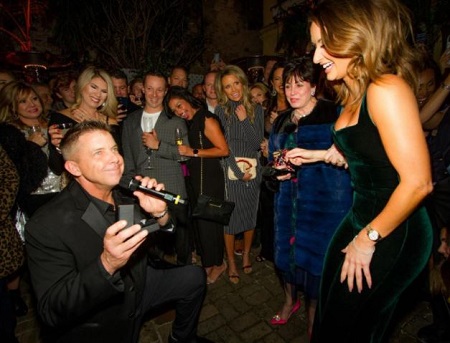 Payton got down on one knee asking Skylene Montgomery in a surprise engagement party. SOURCE: NOLA.com

On 10th November 2019, also the Saints announced the engagement of their coach at the Mercedes-Benz Superdome, during the Saints Falcons game. In a brief TV pause, the big screen of the stadium showed Montgomery, with the caption: the future rs. Skylene Payton," set to "Marry You" by Bruno Mars.

What's more? on Montgomery inked a "J" tattoo in their left ankle and so does Payton on his ankle. What those two J's stand for became evident during the surprise proposal when Newfield sang the lyrics to the song that has been a personal anthem for the couple.

This will be the first marriage for the Virginia brunette while Payton’s second. Montgomery has since called New Orleans home, where she lives with Payton. Earlier, the coach exchanged the vows with Beth Shuey after dating for a white in 1992. They shared two children: a daughter, Meghan Payton (b.1997), and son Connor Payton (b.2000). The couple divorced in 2012.

The bride-to-be said the two have tentatively set March 2021 for a New-Orleans-style wedding. They happily married as well.

Born on 4th December 1984, Skylene Montgomery is thirty-six years old, yes more a two decades younger than her partner, Payton, but age is just a number. Her parents are Skylar and Darlene Montgomery. The Montgomerys are the residents of Parkersburg, West Virginia where her dad co-owns a garage door supplier.

Enrolled at Parkersburg South High School, Skylene played softball and volleyball at Parkersburg, earning All-State honors in both sports. Further, she holds a bachelor's degree in exercise physiology from Marshall University in Huntington, West Virginia in 2007. Later, she attended West Virginia University’s graduate nursing program. She also worked as a CAN at St. Mary’s Hospital.

While she was studying nursing, Skylene Montgomery represented her home state in the Miss USA 2008 pageant. In October 2007, she was crowned Miss West Virginia but didn’t make it far in the Miss USA competition. She competed on the platform of countering childhood obesity in the state. However, she actively supported many causes at the time, including Katrina Relief, Breast Cancer Awareness, Friendship Kitchen, and Relay for Life.

Skylene Montgomery has summoned a good deal of money through her modeling as well as a nursing career. As of 2022, her net worth is approximately $100 thousand. Also, she shares a net worth of $24 million with her husband, Sean Payton. He was under a 5 year, $45,000,000 contract with the New Orleans Saints, including an average annual salary of $9,000,000. 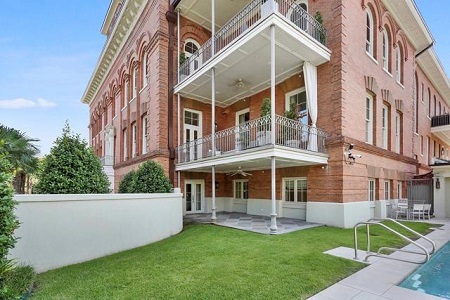 In 2019, the Paytons Uptown condo hits the market for $2.3 million. The three-bedroom, 3½-bath condo was purchased in June 2014 for $1.47 million. But a source familiar with the situation said they in the process of buying another home in the New Orleans area.