Shawn Kelly is an American professional baseball player who currently plays as a Relief pitcher for the team Texas Rangers of Major League Baseball (MLB). Shwan was first drafted by the Mariners in the 2007 Major League Baseball Draft. Previously, he played for the teams like Seattle Mariners, New York Yankees, San Diego Padres, Washington Nationals and Oakland Athletics.

As of 2019, Shawn has an estimated net worth over $15 million. Additionally, he played in the MLB for 11 seasons and has collected $25,167,500 as entire career earnings. Besides, he is married to his beautiful wife Kristina which whom he shares four adorable children.

Shawn Kelley Earnings; How much is his Net Worth?

Shawn, who played in the MLB for 11 seasons, has accumulated a massive net worth over $15 million. Also, he has collected $25,167,500 as entire career earnings. Moreover, he receives $2,750,000 as an annual average salary form his club Texas Rangers.

Some of  Shawn's career earnings and contract are tabulated below:

As per the reports, Kelley is the 13th best-paid player of Rangers whereas Shin-Soo Choo and Elvis Andrus are among the highest earner of the team with an annual salary of $21,000,000 and $15,250,000 respectively.

Likewise, he stands in the 371st position among the highest-paid players of MLB in 2019 while Miguel Cabrera and Yoenis Cespedes are among the top-paid player with an annual salary of $30,000,000 and $29,000,000 respectively.

Further, exploring his social account, he seems to be living an extravagant lifestyle, which is all because of a hefty paycheque. Additionally, he is often spotted enjoying his vacation along with his wife in exotic places, spending money extravagantly.

Moreover, the detailed information about his cars and house are not in the media yet, but we believe the player with such a huge net worth is obvious to be an owner of an expensive car and luxurious house.

Is Shawn Kelley Married? Know about his Wife and Children

Yes, Shawn Kelly is married and as of now, he is enjoying a romantic marital relationship with his wife, Kristina. Unfortunately, the details about her dating history and weddings are not in the media yet.

However, we believe the couple dated for long before they finally decided to start a new chapter of their life. Moreover, the couple is a parent of 4 adorable children, two sons, and two daughters, but the details about their birth date are not in the media yet. 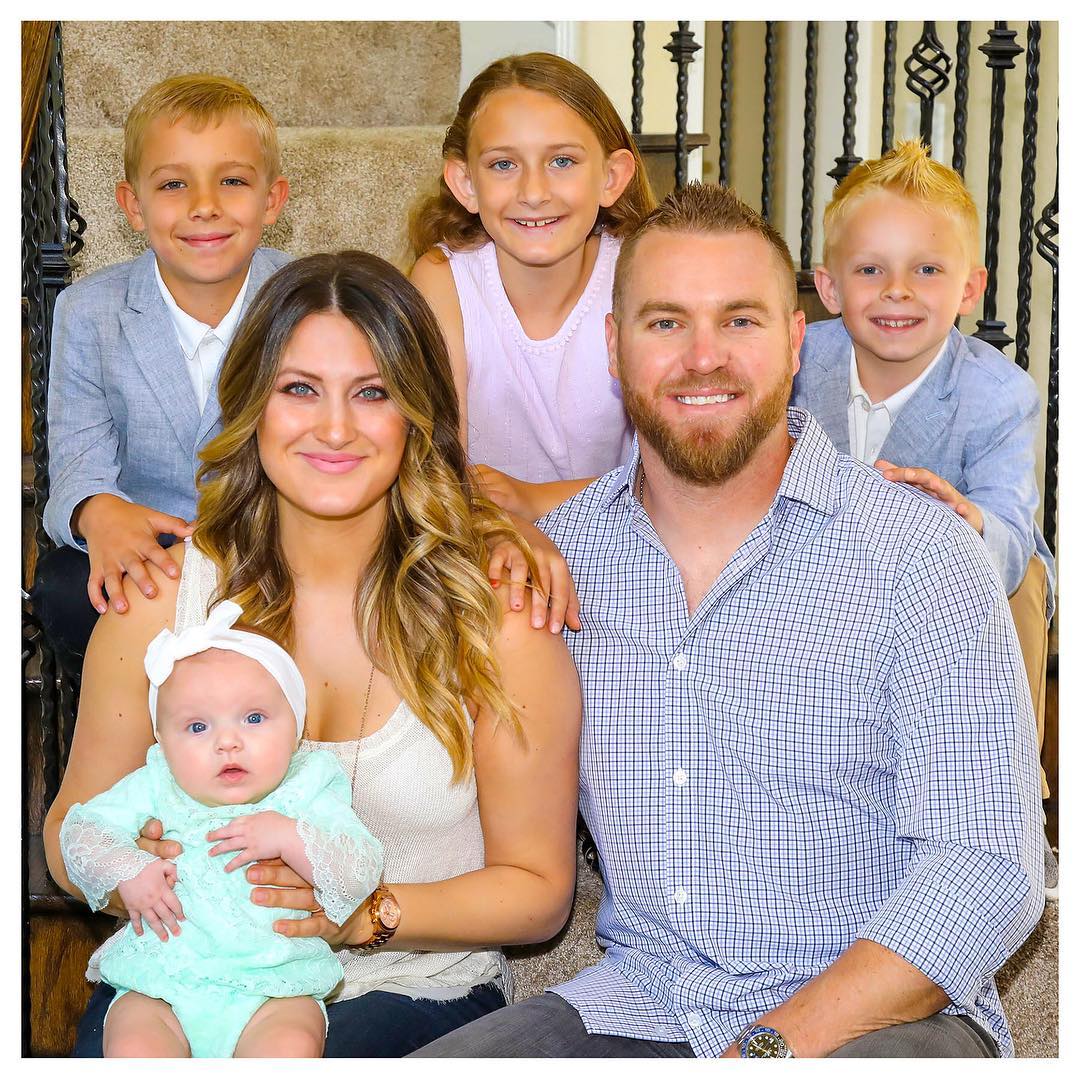 Shawn often goes for a vacation along with his wife, which indeed suggests that the couple has good bonding with eachother. Also, the rumors about them getting seperated or divorced are never rumored in the media yet.

Shawn stands in the height of 6 feet 1 inch and weighs around 99 kg.

Shawn was born on April 26, 1984, in Louisville, Kentucky, but the details about his parents and siblings are not in the media yet. Shawn holds an American nationality and belongs to white ethnicity. Also, Kelley was born under the star sign Taurus.

As a kid, Shawn attended Ballard High School in Louisville, Kentucky where he started his baseball career as a pitcher. Later, he attended Austin Peay State University and played for their baseball team.

As of 2019, Shawan currently plays for the Texas Rangers of Major League Baseball (MLB). Additionally, he was first drafted by the Mariners in the 2007 Major League Baseball Draft. Previously, he played for the teams like Seattle Mariners, New York Yankees, San Diego Padres, Washington Nationals and Oakland Athletics.

Shawn made his MLB debut on April 10 against the Oakland Athletics. In his entire playing career, he has played with some of the famous baseball players such as Raudy Read, Brian Goodwin and many more.