Seamus Power is a well-known Irish professional golf player. He is currently playing in the PGA Tour and European. Seamus turned professional in 2011 and started his early professional career playing in Web.com Tour. Power has already won five professional events, including one Korn Ferry Tour and four others.

Seamus Power was born on March 4, 1987, in Waterford, County Waterford. He is among the three children born to Ned Power and his wife, Philomena. His mother passed away when Power was eight years old. His father raised him along with his two brothers, Jack and Willie. After graduating from High School, Seamus enrolled at  East Tennessee State University and graduated in 2010. Power stands six feet and three inches tall and weighs 91 kg.

Seamus Power has an estimated net worth of $2 Million. A golf player does not need to win a series to earn prize money. Instead, they get paid based on the score at the end of the series. Although Power has played in the professional league for more than a decade, He has played in the PGA only for five seasons. In the ongoing season of 2021-22, Seamus has already earned $2,074,328  while playing in 15 games. 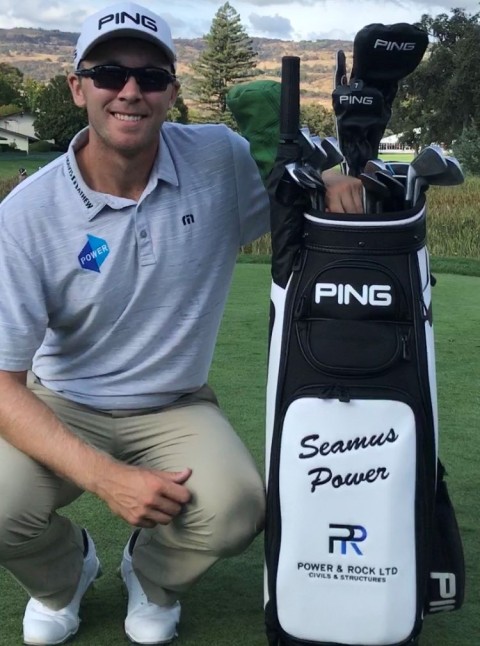 Seamus earned $646,180 in his PGA rookie year of 2016/17 season when he appeared in twenty-five PGA events and made cuts in nineteen. The following season, He made $791,018, which remains as the highest earning in a single season in his PGA career. In the 2018/19 season, Power took home $773,976, played in twenty-seven games, and cut thirteen of them. Last season, Many PGA games got canceled due to the COVID pandemic and played in just eleven games and earned $351,069.

Seamus has played in just 104 PGA games and made cuts in sixty-three. Totaling his career earnings from PGA, it sums to $$6,183,861. He is very much early in his career and shall be making millions in the future.

Unlike other golf players, Power does not show much presence on social media. He likes to keep his personal life and his relationship status away from the reach of the public. Seamus is believed to be single as of mid-2021. There is no rumor of the Irish golf player dating anyone with the media. He must be focusing on his career rather than spending time with people.

Seamus started playing golf at the age of three. He played golf for his High School team and went on to play for the East Tennessee State University. Power won the Atlantic Sun Conference Championship in 2007 and 2010 five times. Seamus turned professional in 2011 and made his debut in Web.com Tour. He won his first professional tour in 2012 at the River Run Classic, Spring Creek Classic.

Seamus won his first Web.com Tour title in May 2016 at the United leasing Finance Championship. Since 2017, He is playing in the PGA Tour and is yet to win a major event at the PGA Tour. Power finished at T8 position in the Rocket Mortgage Classic.