Scott McGough is a renowned baseball pitcher from America who currently plays for the Tokyo Yakult Swallows of Nippon Professional Baseball (NPB). Besides, he is a professional-level player who made his Major League Baseball (MLB) debut with the Miami Marlins in 2015.

Furthermore, Scott was born Scott Thomas McGough; however, he is known worldwide as Scott McGough. Likewise, he is a right-hand batsman drafted by the Pittsburgh Pirates in the 46th round of the 2008 Major League Baseball Draft. Additionally, he started his professional career in 2011.

Have A Look At His Net Worth And Salary 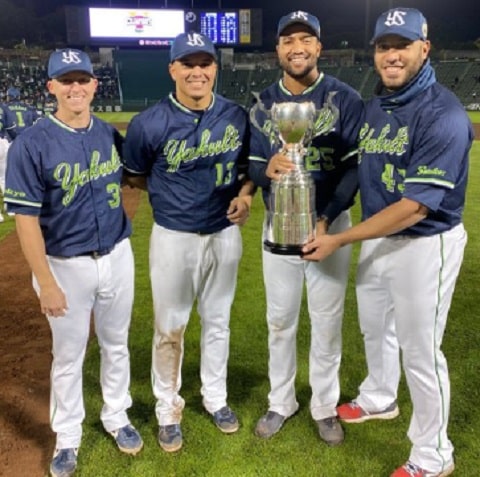 Additionally, McGough has played in multiple events, including MBL and NPB, from where he has amassed a whopping amount of fees. Hence, Scott must enjoy a luxurious lifestyle as he is one of the most paid players in his squad.

Who Is Scott's Wife- Is He Married?

Many baseball fans are curious to explore Scott McGough's married life and wonder if he is married, single, or dating someone. So, in your regard, Scott is a married man with a small family. Further, McGough is happily wedded to his wife, Lauren McGough; nevertheless, little is known about her.

Likewise, fans have often noticed Lauren at the match field, where she continuously visits to cheer her husband along with their daughter, Dakota. On top of that, we have no clue when the couple got married, but we are sure they must have been together for a long time as the duo is a couple of goals to many of his fans. 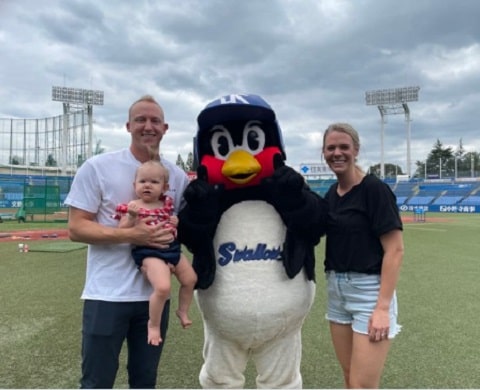 Scott McGough with his wife and daughter SOURCE: Twitter @scooter_mcgough.com

Following Lauren's social media handles, we discovered that she is a great baseball fan and keeps sharing posts regarding her husband's match. Likewise, the couple seems to be together for many years now. Together, the partners have a daughter named Dakota, who celebrated her first birthday on 2021 September 8.

In addition, a baseball player is a family man who loves sharing quality time with them. Besides, he is also a great father and husband.

As mentioned earlier, he began his professional career in 2011 with the Rookie-level Ogden Raptors. Further, he also earned a call-up to the Single-A Great Lakes Loons. In addition, he began the season with the High-A Rancho Cucamonga Quakes in 2012. After a few years, in 2015, he was traded to the Miami Marlins, where he finished the year with the High-A Jupiter Hammerheads. 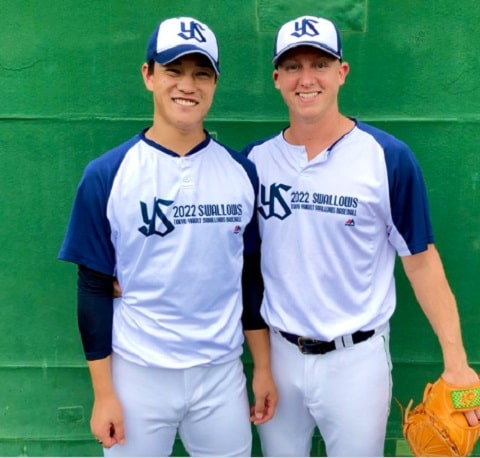 A major turning point came into his baseball career when McGough was appointed to the 40-man roster and advanced to the major leagues for the first time. A year later, he was claimed off disclaimers by the Baltimore Orioles. Similalry, on November 23, 2017, he had a minor league contract with the Colorado Rockies organization.

So on, in 2018, McGough arrived at the Tokyo Yakult Swallows of Nippon Professional Baseball, where he pitched to a 6–3 record and 3.15 ERA with 11 saves in 65 games with the team. Well, he has lengthy career events in the baseball vocation, and Scott has never let his fans' expectations down as he has been an amazing player since his biginning of his career.

While talking about his international career, his name was listed on the roster for the United States national baseball team for the 2020 Summer Olympics. And the team successfully won the silver medal, losing against Japan in the gold-medal game.

Also, explore, Bligh Madris who is a professional baseball player from the United States currently playing for the Pittsburgh Pirates of Major League Baseball (MLB).

Insight In His Age And Early Life

The right-handed batsman, Scott, was born on October 31, 1989. Further, his birthname is Scott Thomas McGough, and following his birth details, the zodiac sign of the player is Scorpio. More to this, he has one brother named Eric, with whom he grew up in his birthplace, Pittsburgh, Pennsylvania. Additionally, he holds American nationality with a citizenship card.

Likewise, he attended Plum High School in Plum, where he began playing baseball. And he graduated from the University of Oregon. For your concern, he is the son of Tom and Lucinda McGough. And Scott comes from an athletic family as his father also played baseball for the Cleveland Indians from 1973-1980. On the other hand, his brother Eric played baseball at Charleston Southern.

More to this, he is among the fit and well-built baseball players in American baseball history including, Tayler Saucedo.

The fan-favorite baseballer, McGough, is active on Twitter, where we can follow him under the username @scooter_mcgough. Similalry, he often shares his matches-related content and other pictures and videos on the platform with his fans. Additionally, more than 25k people follow him on the handles. 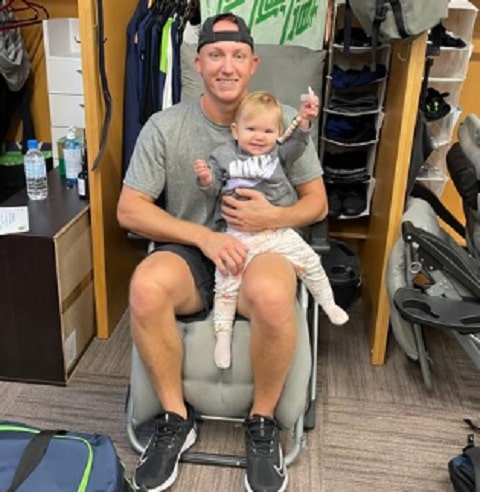 For more information about your favorite players, stay tuned to Playerswiki.com.