Springfield, the Massachusetts native, Sarath Ton, was born on 9th June 1983 under the Gemini star sign. He holds an American nationality who came from a mixed ethnic background.

Sarath Ton is married to an American professional wrestler, Sasha Banks, who is currently signed to WWE under the SmackDown brand.

The couple met back in 2010. The couple started dating the following year. In 2012, Ton proposed her. She said YES!! 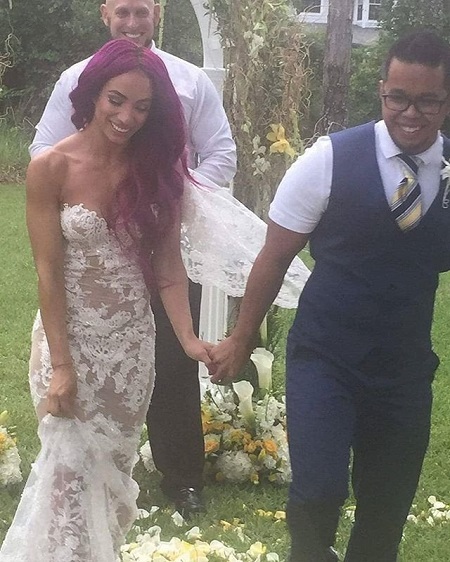 On 4th August 2016, the couple tied the knot in an intimate ceremony. If truth be told, fans only found out about their wedding because a photo that was posted online, but it wasn’t published by Banks either Ton, who was completely silent about the wedding on their social media pages.

Know More About His Wife

Ton's spouse, Sasha Banks, was born as Mercedes Justine Kaestner-Varnado on January 26, 1992, in Fairfield, California, U.S. Banks who belongs to African American and European descent is a first cousin of rapper Snoop Dogg, who helped develop her in-ring persona. Also, she is a first cousin of music producer Daz Dillinger and singers Brandy Norwood and Ray J. 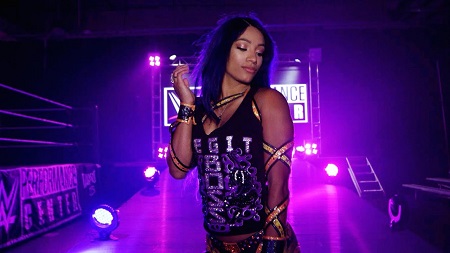 Currently competing on the SmackDown, she won the inaugural WWE Women's Tag Team Championship with her tag team partner, Bayley, at the Elimination Chamber pay-per-view in February 2019.

Associated with WWE for a long time as a custom maker, his salary must be lucrative. According to the source, the average wage of custom make is $60,000. Since he has designed the iconic costumes of many female WWE superstars, including Paige and Summer Rae, his earning goes above the average salary. 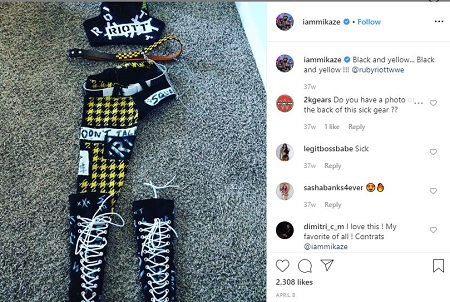 Besides, he might have earned a decent sum during his stint as a professional wrestler.

With WWE’s NXT brand, he wrestled under the name Rutherford Hayes.