Sam Burns is a rising American professional golf player. He turned professional in 2017 after playing at an amateur level for more than five years. Sam generally competes in the PGA Tour and has won the Korn Ferry Tour. He was a three-time individual state champion in his amateur days.

Sam Burns was born Samuel Holland Burns on July 23,  1996, in Shreveport, Louisiana. He is among the three children born to Todd Burns and his wife, Beth Burns. Sam is yet to share information about his parents and his early life. He has a brother who’s eight years older and a sister who’s nine years older. Sam graduated from Calvary Baptist Academy and enrolled at Louisiana State University.

Sam Burns has an estimated net worth of more than $2.5 Million. A golf player has multiple income sources like endorsement deals, contracts, sponsorships, Prize money, and several more. Burns has played a total of 67 events to date and is very much early in his career. He will be earning much more in the days to come. 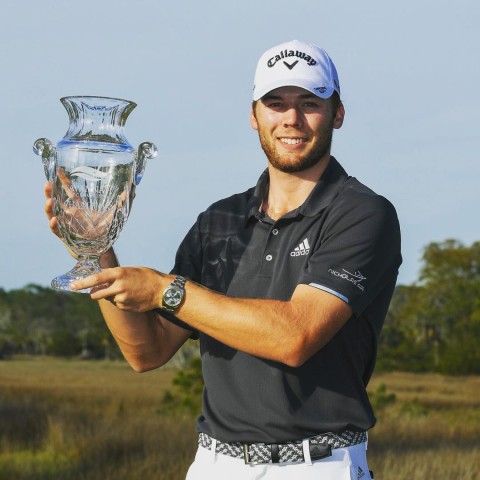 Louisiana Native Sam Burns tied his wedding knot with his longtime girlfriend, Caroline Campbell, in December 2019 at Palmetto Bluff. The duo had a private wedding ceremony where they invited only a few members from both the families and some close friends. They dated each other for sometime before tying their wedding knot. 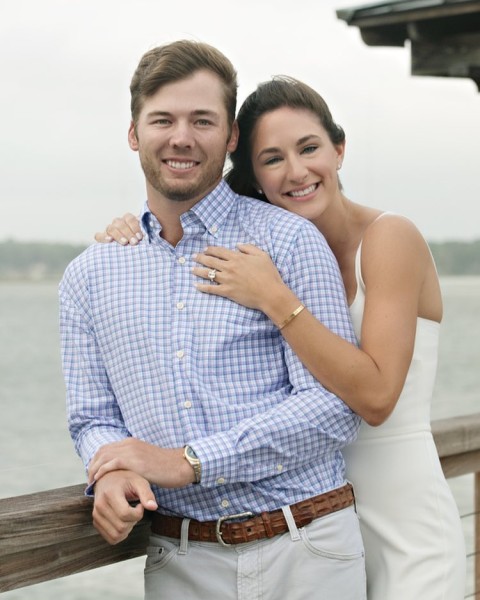 Sam proposed Caroline in April 2019 during the RBC Heritage. The couple met in a class at church when they were little kids. They went to different high schools, though, and didn’t start dating until Burns was a freshman at LSU and she was a sophomore.

Burns played a lot of sports during his High School but chose to play golf at his University level, where he won four tournaments out of 15. He named AJGA Rolex Junior Player of the Year in 2014. Sam got a chance to represented the United States on the winning 2017 Arnold Palmer Cup team. After this victory, The golfer turned professional and made his PGA Tour debut as a professional at the Sanderson Farms Championship.

The twenty-Four-year-old golfer won his first event at the 2018 Savannah Golf Championship on the Web.com Tour. He is very much early in his career. Burns finished T18 in the Farmers Insurance Open 2021. Talking about his physical appearance, Burns stands six feet and one inch tall and weighs 84 kgs.