Sam Bachman is an American professional baseball player and right-handed pitcher from Fishers, Ind. He played college-level baseball for Miami RedHawks and is now in Los Angeles Angels as a starting pitcher.

The 22-year-old baseball star is the 2019 MAC Freshman Pitcher of the Year. He is one of the best 2021 Major League Baseball Drafts by the Los Angeles Angels.

Sam was born on September 30, 1999, in Indianapolis, Indiana, to Kevin Bachman and Suzzanne Bachman. Sam's parents divorced when he was really young. He started living with his mom and brother Gabe. Sam spent his childhood playing baseball, studying, and having fun with his brother. The Angels star attended Hamilton Southeastern High School. After completing high school, Sam joined Miami RedHawks as a freshman and had a 3.93 ERA in 75, and a half innings pitched.

Sam started playing in Miami RedHawks as a pitcher and played brilliantly. He was in the 2019 & 2021 First-Team All-MAC. He became the 2021 Major League Baseball Draft. Los Angeles Angels signed Sam with a signing amount of $3.85 million. 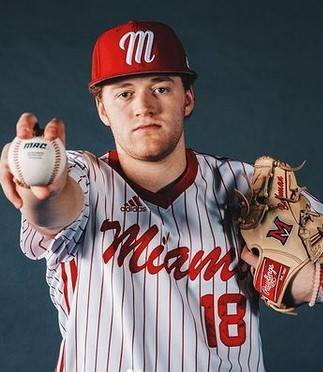 He started playing Tri-City Dust Devils- a minor league baseball team associated with Los Angeles Angels. It was all for him to get a professional experience.

Sam is not so open about his dating status. He keeps his love life private. All you get to see on Sam's social media is him posting baseball pictures. He loves traveling with his mother and brother Gabe. Gabe and Suzzanne always come to the court to watch Sam's games. The best support for Sam comes from his family.

He is not interested in being in a relationship as of now. He wants to excel in his career and focused fully on it. However, the 22-year-old handsome man is the heartthrob of many ladies in America.

Sam Bachman Net Worth and Salary

Sam is a collegiate player as of now. Once he gets into the starting lineup for Los Angeles Angels, he would earn a total of $4 million yearly. He is on his way to do so. 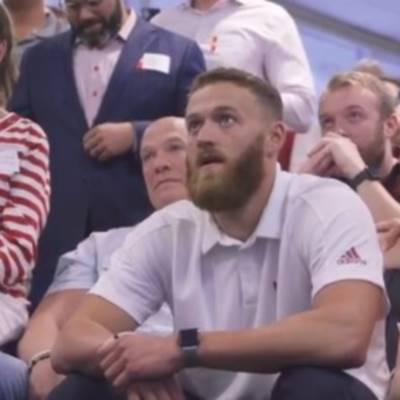 Sam Bachman being emotional during the announcement of SOURCE: Instagram @sambachman

He has earned a quite handsome sum of money from winning games and tournament prize pool. The net worth of Sam Bachman is around $1million.

Sam is the son of Kevin Bachman and Suzzane Bachman. His parents divorced when he was young. This event changed his way of seeing life completely. He focused on improving academically and athletically.

Talking about his siblings, he has a brother named Gabe Bachman. Both brothers love their mother so much. Gabe supports his big brother in everything. Sam doesn't only have a caring family. He has his friends from the team who are more like a family to him. He shares his sorrows and happiness with them.