Danner is a talented baseball player who was also listed among the top prospect at pitcher and catcher heading into the 2017 Major League Baseball draft. Further, he is a right-handed batsman and has presented his home country, the United States, in various events.

Let's Know About His Net worth And Weekly Earnings

Hagen Daner is a fantastic player who has been known for his excellent playing skills that are known worldwide. So, along with his successful professional career, fans are more than curious to know about his earnings and living standard as the primary motive of the people is to grab as much information about their favorite person.

Following the details on available sources, we found out that his current net worth is more than $5 million; however, the facts about his net worth remain a suspicious topic for us. Moreover, the player is never open about his earnings, so the exact details are still lacking in public reach.

Being a professional-level baseball player, Daner's primary source of income is his professional career. Apart from that, no other sources have been known regarding his income. After exploring his bio, we found out that, on June 25, he signed for a $1.5 million bonus.

Hence, it is clear that Daner is one of the most paid baseball players on his squad, and he indeed enjoys a lavish life with such huge earnings.

Many of his fans are intrigued by his relationship and want to know if he is single, dating, or married. So, concerning everyone's curiosity, Daner is currently in a relationship with his girlfriend, Lucie. Besides, the couple has been in a romantic relationship for a long time. And both couples are open about their relationship.

More to this, the lovebirds are loved by their fans. People are always excited to see the duo together, so they keep sharing their pictures online on various platforms, including Instagram. Fans noticed them together, and the couple visited many places, never missing the chance to attract their fan's attention by posting beautiful snaps. 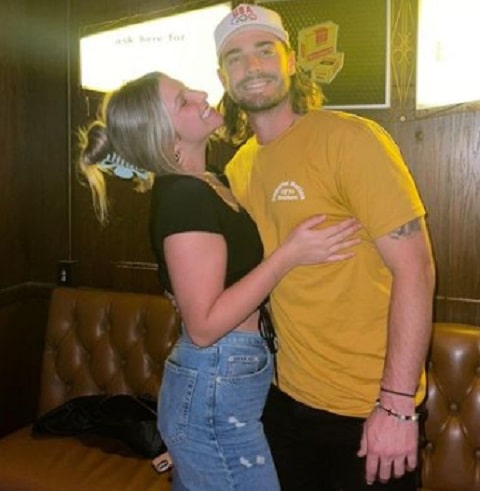 However, Danner and Lucie haven't shared any information about their marriage plans, so it seems people must wait some more time to see the couple tie the wedding knot.

The baseball player Hagen Jarrell Danner, famous as Hagen Danner, started his initial career as a baseball player, and in 2011, he played for Ocean View Little League. During the match, the team represented his hometown of Huntington Beach, California, in the Little League World Series.

Similarly, he later attended Huntington Beach High School, where Danner played catcher and pitcher. Similarly, with his outstanding performance during his senior career, he was named California's high school player of the year by the Los Angeles Times and the Orange County Register. Similarly, Danner also committed to playing college baseball for the UCLA Bruins. Furthermore, he began his professional career in the 2017 Major League Baseball draft. Further to this,m Danner was also selected as a catcher in the second round, 61st overall, by the Toronto Blue Jays, which was the major turning point for him and his professional career. He signed a $1.5 million bonus and was allotted to the Gulf Coast League Blue Jays on June 28.

Moreover, Danner is also known for appearing in 34 games and hitting .160 with two home runs and 20 RBI. Later, Hagen also played with the Rookie Advanced Bluefield Blue Jays. Recently he began the 2022 season with the Double-A New Hampshire Fisher Cats.

Alsoe read about Jonathan Araúz a Panamanian professional baseball player who plays  in the Major League Baseball for the Baltimore Orioles Baseball Team.

Hagen Danner was born Hagen Jarrell Danner on September 30, 1998, to his parents in Huntington Beach, California. Further, he is currently in his early twenties, and the player holds an American nationality with a citizenship card. Similalry, the facts about his academic qualification are hidden as the player loves maintaining his details away from the public reach.

Moreover, he seems well educated and must have attended reputed colleges and universities emphasizing his home country America. Thus, we couldn't say much about his past career due to a lack of information. Likewise, the facts about his parents remain suspicious as he has never shared any details about them at this point. 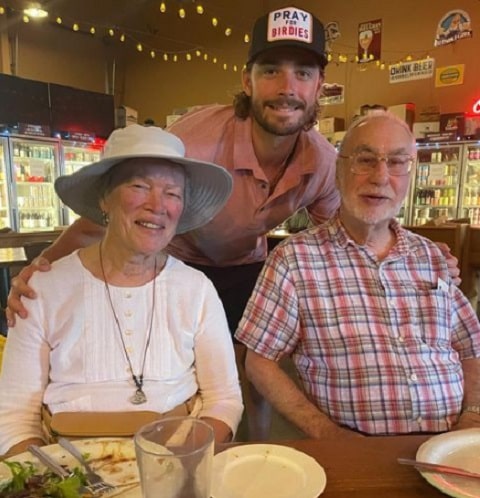 Furthermore, the player has kept his sibling's details hidden. Therefore, we couldn't discuss any facts about them, including their name and details, as we have no clue whether he is a single child or has a brother or sister by his side. Followimg his Instagran posts, he seems to have a brother and sisiter  but the details are yet not confirmed so, we will update the missing session as soon as Danner feels comfortable sharing it with us.

How Can We Follow Him On Social Media handles?

For your concern, he is active on the platform under the username @hagyd, where he has gathered nearly 5 k followers. Apart from that, his Instagram handle has a blue tick which indicates his account is verified. We can also follow him on Twitter with the username @hagendanner, where more than 2 k people follow him, and Danner has tweeted over 4k posts on the platform.