Russell Henley is a professional golfer based in Georgia, United States. Currently, he competes on the PGA Your has three PGA titles (2013 Sony Open in Hawaii, 2014 The Honda Classic, and 2017 Shell Houston Open) under his belt. He finished his collegiate career at the University of Georgia and turned professional in 2011. Further, he has won three Korn Ferry Tour.

How Much Is Russell Henley's Net Worth In 2021?

With a total of 210 events to date, Russell Henley has summoned a lucurative career earnings of $16,451,675. Here is his earnings by year.

Like other athletes, the professional golfer earns much from endorsements and sponsorship. As of 2021, his net worth is approximately $10 million.

Russell Henley's Wife: Is She Married?

Henley is married to Teil Duncan, an artist who is a well-recognized painter in the Charleston art scene. Duncan, a Columbus native, the duo met in 2013 at Teil's sister's wedding to Russell's childhood best friend. After four months, the couple went on a first date. In 2014, Russell popped the questions on the Pitt Street Bridge and got engaged to his girlfriend. The couple tied the knot on 30th October 2015 in South Carolina. 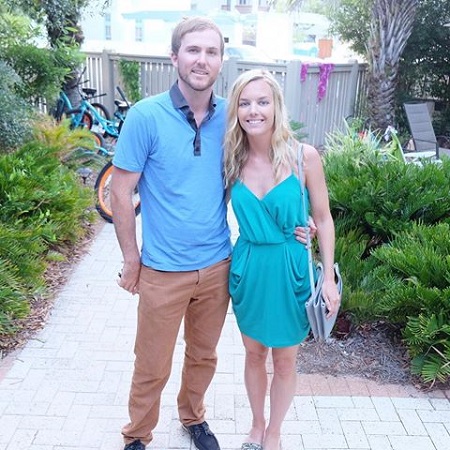 In 2018, the couple welcomed their first child, a son named, Robert Russell Henley. They confirmed the news through the clinic to The Telegraph.

Unlike other WAGs, she stays away from the limelight and doesn’t show up to every Tour event. An Auburn University graduate, she earned a Bachelor's degree in Art, and currently lives and works as a full-time painter in Charleston, SC.

The Henley family is living a blissful life. To date, there is no news and rumors about conflict, extra-marital affair, or divorce.

Made his professional debut in September 2011, he earned the PGA Tour card by graduating from the Web.com tour by finishing 3rd on the money list in 2012. In January 2013, at the Sony Open in Hawaii, Henley became the first PGA Tour rookie to win his debut in 12 years. The victory also awarded him an invitation to the Masters and the PGA Championship.

Likewise, his second PGA Tour title came at the Honda Classic in Florida in March 2014, hitting into the world's top 50 as well as qualified for the upcoming Masters.

In April 2017, Henley won his third tour event at the Shell Houston Open in Texas. The win gave him the final spot in the next week's Masters and also a spot in the PGA Championship in August.