Ross Colton is a Professional American Ice Hockey player currently playing for the Tamba Bay Lightning of the National Hockey League (NHL). He has won a Stanley Cup Champion playing from Tamba Bay Lightning, and his position in a team is Center. He has started to play hockey from a very young age as he belongs to an athletic family.

Besides, he has first played Hockey at Princeton Day high School.

Is Ross Colton involved in a relationship?

The current center player of the Tamba Lightning team, Colton, has not been involved in any relationship. He hasn't revealed anything, which shows he is dating someone. Even there is no such information about her love life on his social media.

So, he is still a 25 years old young man focusing more on improvising his game.

Net Worth of Ross Colton

Besides, he is living a happy life with his family.

Ross Colton was born on September 11, 1996, in Robbinsville Township, New Jersey, United States. Colton was born into an athletic family, i.e., his father, Rob, was a baseball player and soccer player at Steinert High School. Similarly, his mother is also a basketball player at McCorristin. 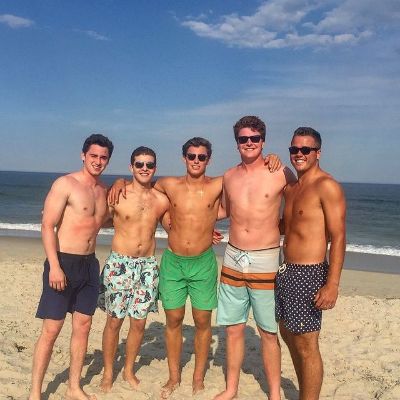 Ross Colton with his friend on a beach. SOURCE: [email protected]

Besides, Colton's favorite player is Zach Parise, and his favorite team in Ice Hockey is New Jersey Devils. He completed his schooling at Robbinsville and Pond Road Middle School. Talking about his physical appearance, he is 6 feet tall, and his weight is 92 kg.

He is white and has brown hair, and his Zodiac sign is Virgo. He is very passionate about his game.

Ross Colton is not that active on social media, but he uses Instagram to interact with his fans. He has a huge fan following on Instagram with 30.6k followers, and he followed only 460 people.

Besides, he has posted very few posts on Instagram (i.e., 23 posts till now ) which includes most are from his games and some are with his friends.

How does Colton's career start?

He played for Princeton Day school for two seasons before transferring to Traft school when he was young. While playing for Traft School, he was drafted by the Cedar Rapids Roughriders of the United State Hockey League. He spent two more years there and set a league record for most goals at USHL/NHL top prospect game. 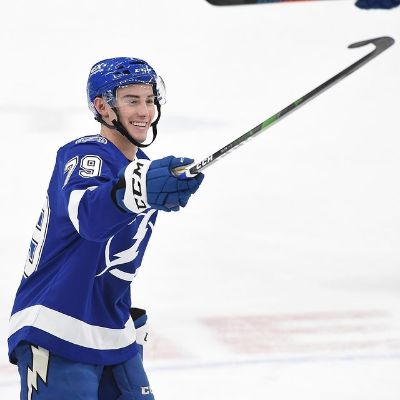 He started his professional career. On February 24, 2021, Colton skated in his first career NHL game in a 3–0 Lightning win over the visiting Carolin Hurricanes at Amalie Arena. He scored his first NHL career goal in this game and became the 9th player to score an NHL goal in their debut game.