3× World Series champion, Ron Wotus, is a retired MLB shortstop and second baseman who had a very short playing career with Pittsburgh Pirates (1983–1984). After retirement, he pursued a career as a manager and subsequently bench coach, currently the third bench coach for San Francisco Giants.

Hartford, Connecticut native, Ron Wotus was born as Ronald Allan Wotus on 3rd March 1961. His star sign is Pisces. Further, he holds an American nationality and belongs to the white ethnic background.

Not only name and fame, but Ron Wotus has also made tremendous wealth through his career in MLB. Active since 1983, his net worth in 2019 is approximately $1 million.

As reported, he currently makes $800,000 per annum as salary from San Francisco Giants as a third bench coach. Before signing to Giants in 1998, he served as a manager for the minor leagues through which he might have earned decent value.

Ron Wotus exchanged the vows with his girlfriend, Laurie, a relator in 1987. The couple has a son and a daughter. 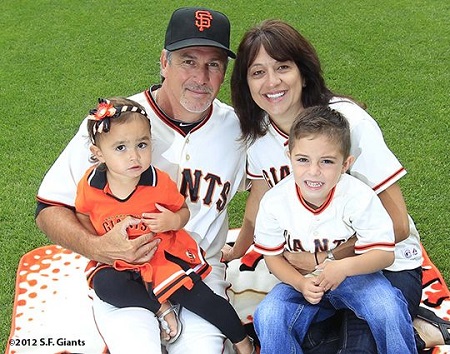 Ron Wotus with his wife and two children SOURCE: Pinterest

However, the Wotus family seems to be private when it comes to their personal life. Though Wotus is active on Twitter, other family's social media account is nowhere to be found.

As reported, the family of four resides in Pleasant Hill, California.

Grew up in Colchester, Connecticut, Wotus enrolled at Bacon Academy, where he played baseball as well as soccer and basketball. 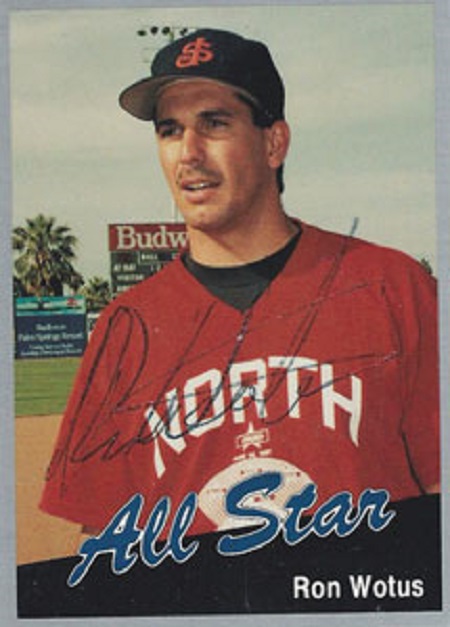 After graduation, the Pirates selected him in the 16th round in 1979, and he enjoyed an 11-year professional career, including parts of the 1983 and 1984 seasons with Pittsburgh.

Ron Wotus will start his 32nd season within the Giants organization and his 22nd season on the Major League coaching staff. He is the Giants' staff as a third-base coach in 1998 and is the longest-tenured coach in franchise history.

Throughout his tenure in the team, he has worked with four players that have won NL Gold Gloves under his watch: J.T. Snow, Omar Vizquel, Brandon Crawford, and Joe Panik.