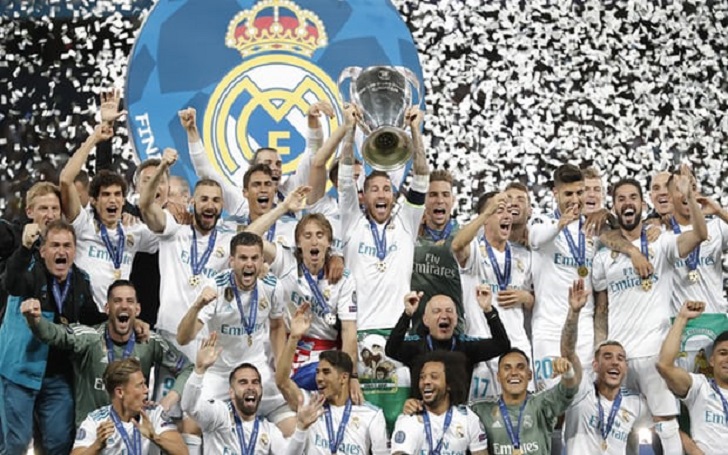 For the 13th time in history, Real Madrid has once again won the Champions League. Saturday night was an Epic night when Madrid defeated Liverpool by 3-1, with a brilliant bicycle kick goal from Gareth Bale that marked the Los Blancos team winning a third straight Champions League crown.

The game was flipped over in the second half after Madrid got a chance to take advantage of momentum as Liverpool lost its superstar Mohamed Salah, who got a shoulder injury in the first half of the match.

What a mistake from Karius as his throw gets blocked by Benzema and ends up in the back of the net! pic.twitter.com/F5KsQ8ts1Y

Madrid’s scoring was opened with Karim Benzema after a gaffe from Loris Karius in goal early in the second half. However, Sadio Mane equalized moments later to give the Cincinnati Reds some life back.

ARE YOU SERIOUS! Gareth Bale scores one of the best goals you'll EVER see to give Real Madrid a 2-1 lead! #UCLfinal pic.twitter.com/SCqFozk6qx

Karius AGAIN with the mistake in net!

This time he gifts Gareth Bale his second goal of the night, putting Real Madrid up 3-1. pic.twitter.com/iZEA7RnZMr

A late knockout kick from Bale was another gaffe from Liverpool’s goalkeeper.

Madrid hasn't lost a Champions League final since 1981. They also become the first team to win three continuous matches since Bayern Munich in the mid-70s.