Keith Thomas Jacobs Jr. a.k.a. Tommy Jacobs is an American golfer who played on the PGA Tour and the Champions Tour as well as a golf course owner/operator. His professional records show he has won 4 PGA Tour and the other three.

For 13½ years, Tommy Jacobs played the professional golf tour. He won four tournaments, and currently ranked at 665th with a career earning of $232,720. His season-high of $37,072 was good for 12th place in 1964. Currently, he operates and owns the Magnolia Greens Golf Course. 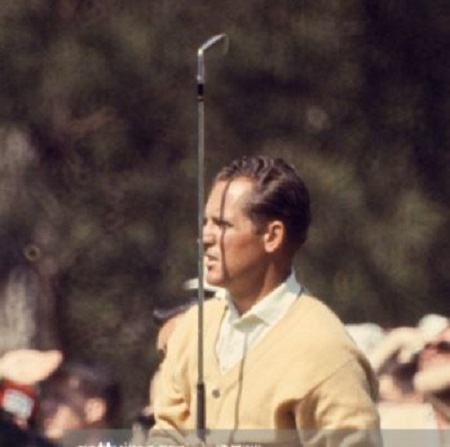 Earlier, he served as the Director of Golf at La Costa Hotel Spa and The Farms Golf Club in Rancho Santa Fe, California over two decades. In 1995, he formed an LLC, which bought Bel Air Greens golf course and turned the name to Tommy Jacobs' Bel Air Greens – a nine-hole, par-32 golf course in Palm Springs, California. In 2006, Jacobs and his partners completed the sale of the golf course.

Turned professional in 1956, Tommy Jacobs won four PGA Tour events. In 1958, he first win at the newly revamped Denver Open and last was at the 1964 Palm Springs Golf Classic. During his career, Jacobs had sole 2nd-place finishes in two major championships.

He joined the Senior PGA Tour (now known as the Champions Tour) in 1985 and continued to play in selected events into the 2000s; his last appearance was at the 2003 Senior PGA Championship.

Tommy Jacob is married and has a son named, Michael. However, there is not much information regarding his personal life. The only thing that is public is Mrs. Jocob's interview back in 1966 in a newspaper where she has explained What’s it like being the wife of a top golf pro?

Mr. and Mrs. Jacob are living a blissful life without any news of extramarital affair or divorce. Currently, the family resides in Leland, North Carolina.

Jacob's younger brother, John Jacobs is also a professional golfer who plays on the Champions Tour. Earlier, he played on the PGA Tour from 1968 to 1977. Besides, he was also active in Asia for many years where he won the Taiwan Open twice, becoming the first American to top the tour's Order of Merit in 1984.