Playing professionally since 1999, the 32-year-old Columbian striker has earned massive fame along with the estimated net worth of $74 million. Also, Radamel is blessed with happy married life with his wife Laurelei Taron, with whom he has 3 daughters. Curious about his wife, children, family, and salary? Scroll down.

Net Worth and Salary of Radamel Falcao

With his professional career of 17 years, Radamel Falcao is estimated to be enjoying the net worth of $74 million as of 2018. As per The Richest, Falcao's net worth in 2015 was reported to be $70 million.

Currently, with his extended contract signed with AS Monaco in June 2017, Falcao is reported to earn the weekly wage of $197,633, summing up the annual salary of $10.2 million. 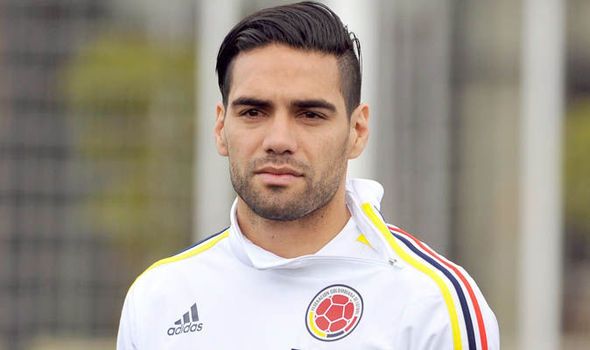 Radamel Falcao reportedly has endorsement deals with Panini, Gatorade, Puma, Gillette and Samsung Electronics. Though the endorsement detail is not disclosed, it is reported that Falcao earns $4 million annually with his sponsorships.

Radamel Falcao has not opened up the details of his house, though he reportedly lives with his wife and daughters. 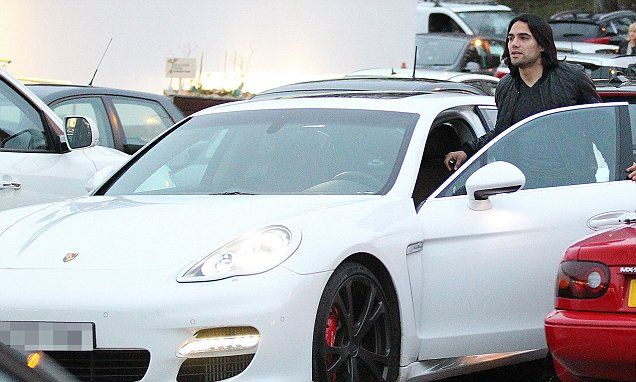 The total worth of his car collection is assumed to be over $1 million.

Radamel Falcao is the son of Radamel García, former defender in Colombia and Venezuela.  His father kept Falcao's name as a tribute to the 1980s Brazil National Team, Internacional and Roma legend Paulo Roberto Falcao.

Radamel Falcao is married to his longtime girlfriend Lorelei Taron since 2007. The couple is reported to be dating since 2004 soon after they met at a church in Argentina when Laurelei was just 16-years-old.

Even after these years, the couple is together without any mishaps in their relationship.

The couple is also the parents of their 3 daughters: Dominique, Desiree and Annette Garcia Taron.

The couple first welcomed their daughter Dominique Garcia Taron on August 13, 2013, at the Princess Grace Hospital in La Colle, Monaco, later followed by the birth of their second daughter Desiree Garcia Taron in February 2015.

The couple welcomed their third daughter Annette Garcia Taron on August 17, 2017, revealed via Falcao's Instagram post. Have a look.

Even though Radamel Falcao is busy with his career games, he manages to spend some quality time with his family.

“Pues nos ha nacido un niño, un hijo se nos ha dado; el gobierno descansará sobre sus hombros, y será llamado: Consejero Maravilloso, Dios Poderoso, Padre Eterno, Príncipe de Paz.” ¡Jesús! ?? ??Isaías? ?9:6? ?//// “For unto us a child is born, unto us a son is given, and the government shall be upon his shoulder. And his name shall be called Wonderful Counselor, Mighty God, Eternal Father, Prince of Peace.” ??Isaiah? ?9:6? ?

Lots of love and best wishes to this happy family.