Peter Moylan is an Australian retired baseball relief pitcher who played in the Major League Baseball (MLB) for the Atlanta Braves, Los Angeles Dodgers, and Kansas City Royals. Also, he had a stint with the  Chinese Professional Baseball League (CPBL) for the Macoto Gida. On 13th April 2021, he became manager of the Melbourne Aces of the Australian Baseball League.

Besides he has also played for various minor league teams. 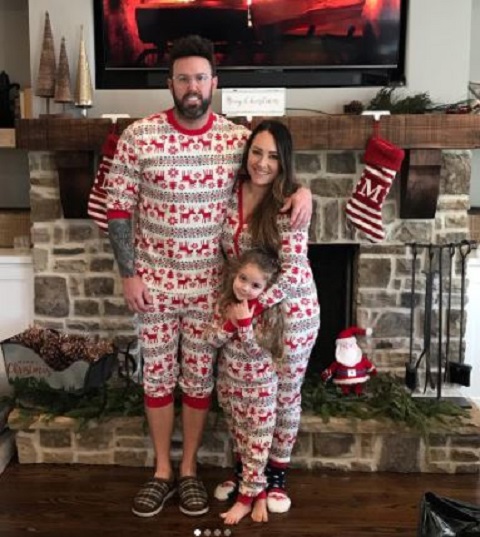 Peter Moylan with his wife and daughter SOURCE: Instagram @petermoylan

Moylan often shares his adorable family pictures on his Instagram.

Moylan started playing his professional baseball with the Minnesota Twins system. In 1998, he was released and returned to his native country where he would work as a pharmaceutical salesman. Eventually, he improved pitching and focused on a comeback.

In the 2006 World Baseball Classic, he broke out while playing for the Australian team. Following his performance, he was invited to participate in spring training before the 2006 season with the Atlanta Braves.

In 2006, he was signed by the Atlanta Braves and was assigned to their Triple-A Richmond club. On 11th April 2006, Braves called him to replace Joey Devine in the bullpen and he made his MLB debut the next day. He pitched one scoreless inning against the Philadelphia Phillies and was later sent back to the Richmond club.

In 2007, he was called to the Braves major league team after Chad Paronto was injured. In April 2008, The Braves placed Moylan on the 15-day disabled list and again to the 60-day disabled list with ulna collateral ligament in Moylan's right elbow was compromised by a bone spur.

In 2010, he played 85 games for the Braves, finishing with a 6–2 record and a 2.97 ERA. The following season, he appeared in seven games and was placed on the disabled list.

On 17th January 2012, he re-signed with the Braves agreeing on a minor-league deal worth approximately $1 million. That season, he appeared in only eight games.

On 16th January 2013, Moulan has signed by the Los Angeles Dodgers a minor-league deal. He was assigned to the AAA Albuquerque Isotopes. On 31st May, Moylan was recalled to the Dodgers and appeared in 10 games with the Dodgers. On 29th June, he was optioned back to AAA.

On 5th March 2015, Moylan returned to the Atlanta Braves, signing a two-year minor league deal. On 16th August 2015, he made his first major league appearance in 2013.

On 19th February 2018, Moylan re-signed with the Atlanta Braves on a one-year contract. The following year on 28th February, he retired from Major League Baseball.