Payne Stewart is a famous, professional golf player who has won many matches, eleven PGA tour events including three major championships. He gained his first title in 1998 at the PGA championship. He started his career in golf at his college.

Payne Stewart was born on January 30, 1957, in Springfield, Missouri, and passed on October 25, 1999, in South Dakota, the USA due to a plane accident just at the age of forty-two. His full name was William Payne Stewart but he was famous by Payne Stewart. He attended his school level at Greenwood Laboratory school and moved to the University of Missouri State University. He was graduated in 1979.

Payne Stewart Net Worth and Earnings As Of 2021

According to various online media, Payne Stewart's net worth was calculated to be around $5 million at the time of his death. Payne was considered the richest golfer in his country. At the age of thirty-three, Payne Stewart earned more than  $742,616 through U.S. Open.

At the period of Payne's death, he had won $12,673,193 in career earnings. He won over $2 million during the 1999 season, and finished seventh on the year's money list. Payne is Professionally involved in golf so golf is the main source of income

Payne  Stewart is currently survived by his wife and two children. He was in a relationship with his girlfriend Tracey Ferguson and married Tracey on November 10, 1981. Payne Stewart met Ferguson in Kuala Lumpur in 1980 while Payne was playing Golf on the Asia Golf Circuit. 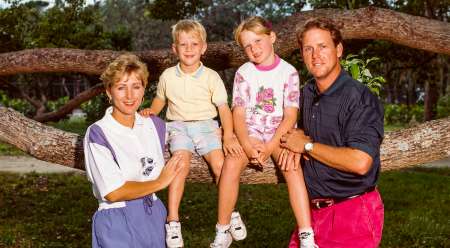 Late Payne with his wife and children SOURCE: PGA Tour

Payne Stewart and Tracey gave birth to two children a son named Aaron Stewart and a daughter named Chelsea Stewart O'Brien. Payne's son Aaron Stewart was appointed as a tournament director of the Diamond Resorts Tournament of Champions in Orlando, Florida in 2019.

Payne's daughter Chelsea Stewart works for AT&T. Payne's father is also a golf player. Payne Stewart's father had played in the 1955 U.S Open and had introduced his son to the game.

A professional golf player due to the plane crashed. On October 25, 1999 plane has crashed due to disabling of the flight crew members due to a loss of cabin pressurization. In that plane crash, both pilots and four-passenger including Payne Stewart were dead. 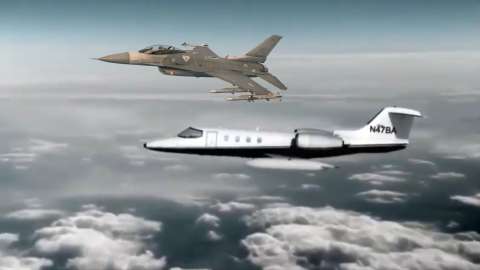 Stewart's flight was moved from Sanford, Florida, and it was moving towards Texas, where Payne Stewart was scheduled to participate in a golf tournament. The aircraft continued flying on autopilot until it ran out of fuel after fuel finished the plane get crashed in the field.