Paula Caroline Creamer celebrated as Paula Creamer, is an American golfer by profession playing in the U.S. based LPGA Tour. She is nicknamed as “The Pink Panther” due to her fondness of wearing pink. A professional since 2004, Creamer has won 12 tournaments, including 10 LPGA Tour events.

How Much Is Paula Creamer Net Worth In 2019? Know Her Career Earnings & Endorsement

Paula Creamer has an estimated net worth of more than $12 million and has a yearly income of approx. $5.5 million including her salary, winnings, and endorsements. 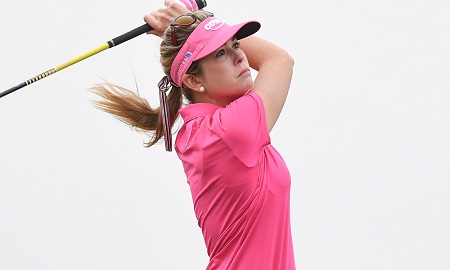 Besides golf, Creamer also has a keen interest in various type of charity works and is actively involved in such events. Since 2005, she is engaged with The First Tee, an organization that benefits junior golfer. She also participated at youth golf clinic and donated scholarships to IMG Academy. She has also established her own foundation that aids junior golfer and military families.

Paula was previously married to her longtime boyfriend turned husband Derek Heath, an Air force pilot. She announced her engagement through a famous social network site, twitter, after when Derek proposed her for marriage during a skydive. They tied a knot in 2014. 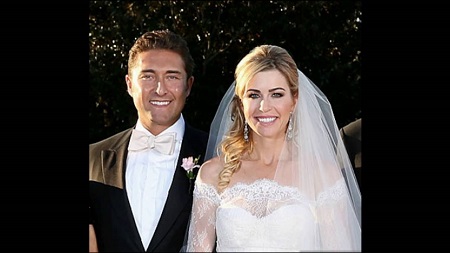 Born on August 5, 1986, at Mountain View, California and raised in Pleasanton, she started to practice golf from a very young age of 10. Besides this, she also participated in acrobatic dancing and gymnastics in her childhood.

She is the only child of Paul, an airline pilot, and Karen. She completed her schooling from Foothill High School. She, later, joined the IMG affiliated Pendleton School for further training in 2005.

She turned professional in 2004, where she won the LPGA Final Qualifying Tournament by 5 strokes and got qualified for the membership on the Tour for 2005 season. The young and fresh golfer amazed everyone by her talent from the very first year. She handed her first LPGA victory in the same year at Sybase Classic in New Rochelle, New York.

She is also entitled with various awards and achievements such as Player of the year by American Junior Golf Association (2003), Amateur of the year by Golf Digest (2004), LPGA Rookie of the year (2005) and many more. Till date, she has claimed a total of 12 win which includes 10 LPGA Tour and 2 LPGA of Japan Tour and is very determined to win more in future.