News Paul Pogba out of World Cup 2022: Blow For France

Paul Pogba out of World Cup 2022: Blow For France

The French Midfield-maestro will miss the 2022 Qatar FIFA World Cup. Pogba has been out of the games since returning to Juventus from Manchester United. His agent, Rafaela Pimenta, has confirmed the France midfielder will miss the World Cup through injury. 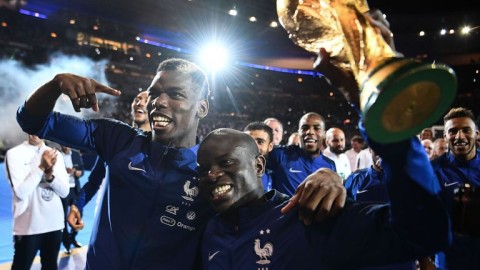 Paul underwent meniscus surgery on his right knee in September after suffering an injury while training. He tried to avoid the surgery after hurting his knees shortly after transferring to Juventus. He only returned to training last week but will not play again this year following further tests.

To add to the wound, Chelsea no.7 and French International Kante will miss the World Cup. In August, he suffered the injury during Chelsea's 2-2 home draw with Tottenham. He will be out for the latest four months. France will be heading to the World Cup without their two critical midfielders from winning the World Cup in 2018. Several reports worry about the fitness of central defender Raphael Varane who suffered a hamstring injury in United's recent draw away to Chelsea.