Valaika is married to Lauren and is blessed with a happy life.

Who is Pat Valaika's Spouse? Know about his Personal Life.

The famous MLB star Pat Valaika is married to his beautiful wife Lauren Valaika. They both were in a relationship since their high school days and finally got married on November 10, 2017- the same year his teammates Tony Wolters and Tom Murphy got hitched. 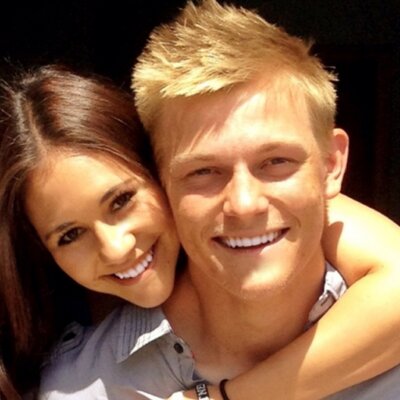 The couple seems to be enjoying their married life happily as any news about disputes and misunderstanding between them aren't yet out on media. Despite the busy routine, Pat manages to spend happy time with his family and friends.

Moreover, any further pieces of information about Pat's wife Lauren and their marriage isn't yet completely out in media.

Pat's sister Briana walked down the aisle recently in April 2019. However, Pat could not attend the wedding ceremony as his team was on the verge of clinching a National League wild card.

The Famous MLB star is 6 feet tall in height and weighs around 91 kg. Currently, Pat Valaika is 26 years old.

How much is Pat Valaika's Net Worth and Salary in 2019?

Patrick Ryne Valaika has an estimated net worth of over $1.5 million in 2019.

Pat Valaika has so far earned $1,721,437 from his entire MLB career. since he is in starting of his MLB career he is supposed to earn a quite good amount of money from his baseball playing career in the future. Wade Davis is in the list of the highest earners of the team.

Pat Valaika was born on September 9, 1992, in Valencia, California as one of the five children to the parents Jeff Valaika and Ilona Valaika. His star sign is Virgo. He's got three brothers-Nick, Matt, and Chris and a sister -Briana.

Pat Valaika is an active athlete from his college time. He played college baseball while he was in the University. He was drafted by the Colorado Rockies in the ninth round of the 2013 Major League Baseball draft. However, he made his MLB debut for Colorado Rockies on September 6, 2016.

Since the 2016 season, Pat is playing for the Colorado Rockies as their infielder and is playing along with some of the famous MLB players including Charlie Blackmon and Nolan Arenado. Valaika hit two home runs on Mother's Day, 2017, and that same year he hit a pinch-hit a home run on Father's Day.