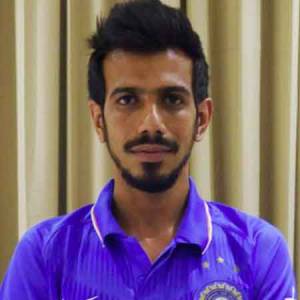 An Indian professional cricketer, Yuzvendra Chahal plays for his national side in both Twenty20 Internationals and One Day Internationals. Besides, he also plays for Haryana and Royal Challenger Bangalore, as well as was a team member of Mumbai Indians from 2011 to 2013.

Born on 23rd July 1990, Yuzvendra Chahal is notable as one of only two players in T20i history to have taken a six-wicket haul. A Haryana, India indigenous, he holds an Indian nationality and is of Asian ethnic background. Standing five-feet-six-inches tall, Chahal weighs 62 Kg.

How Much Is Yuzvendra Chahal's Net Worth In 2020? Know His Sponsors

A fine right-arm leg-spinner, Chahal has an estimated net worth of $5 million as of 2020, mostly earned through his cricket career. 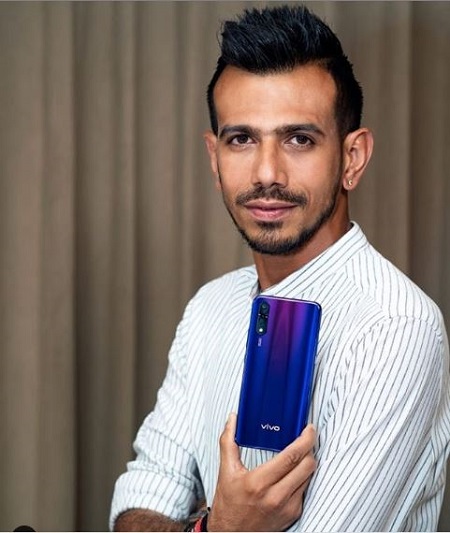 Chahal, who enjoys driving fast cars has recently socred a Porsche Cayenne worth $126,500.

Besides, the cricketer co-founded India Sport and Women Sports Foundation with entrepreneur Piyush Sachdeva to support to struggling and economically-challenged athletes.

Is Yuzvendra Chahal In A Relationship?

Back in 2018, Chahal was reported to be involved in a relationship with Kannada actress Tanishka Kapoor. There were also rumors that the duo is all set to tie the knot soon. 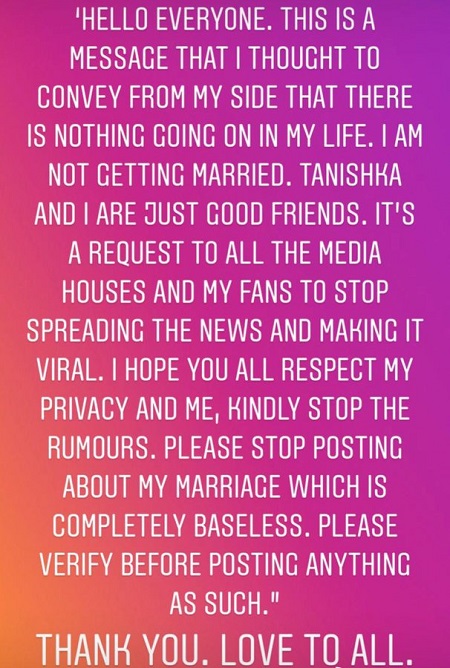 But he vacant the air on the matter and stated that he was not going to marry anytime soon. Laying off the reports, Chahal gave a clarification on his relationship with Tanishka via his official Twitter account. 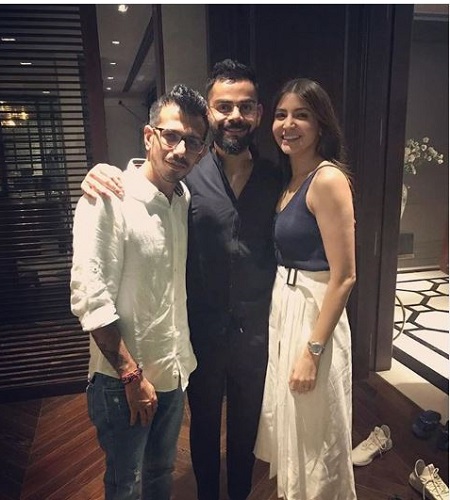 Apart from his love life, Yuzvendra Chahal often shares photos with his mate, Virat Kohli. It seems that he is a good friend to Kohli.

Yuzvendra Chahal was born on 23rd of July 1990, in Jind, Haryana, India. His star sign is Leo. By nationality, he is an Indian and belongs to South-Asian ethnicity.

His father, K.K. Chahal is an Advocate by professionals whereas his mother, Sunita Devi, is a homemaker. Chahal has two elder sisters. At the early age of seven, Chahal developed a great interest in both cricket and chess.

Chahal was the India national junior champions in chess and has represented his native in the World Cup in 2003, in Greece. Though he desired to pursue his career in chess; he leaves playing it professionally for it being a costly sport, which he got more motivated to cricket.

In 2011, Chahal was first signed up by Mumbai Indians. He made his appearance in only one IPL game for the team through three seasons but played in all matches in the 2011 Champions League Twenty20.

At the 2014 IPL players’ bid, he was signed by the Royal Challengers for his base price of ₹10 lakh. In IPL 2014, Chahal was awarded Man of the Match award against Delhi Daredevils.

In January of 2018, he was signed by the Royal Challengers Bangalore in the 2018 IPL auction.

In 2016, Chahal was called up in the 14-man team to tour Zimbabwe by his national side. On 11th June 2016, he made his One Day International (ODI) debut against Zimbabwe at Harare Sports Club.

On 18th June 2016, Chahal made his Twenty20 International (T20l) debut against Zimbabwe at Harare.

In a match against England, Chahal took a five-wicket haul in T20ls, ending with figures of 6/25, on 1st February 2017. Additionally, he is also the first legspinner to pick up a fifer and a six-wicket haul in a T20l as well as has the record for the best bowling as a legspinner in T20l history.