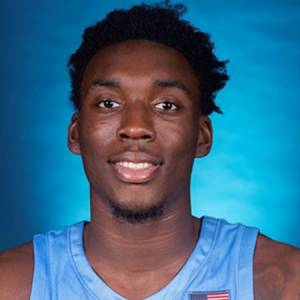 Nassir Little is an American basketball player playing for the Atlantic Coast Conference (ACC) team,  North Carolina Tar Heels. Further, he plays as a Small Forward for the team. After his freshman season, he declared for 2019 NBA draft.

At Orlando Christian Prep in Orlando, Florida, he played high school basketball. Nassir Little is still in his college so he hasn't made earnings so far. He receives no salary or pay from his college, but receives a full ride to college.

Is Nassir Little Married? Know About Him

According to Nassir's Instagram, he is in a romantic relationship with his girlfriend. Maybe, he is dating his future wife from a very long time but he just posted a photo with her in his social media captioning 'Got my heart, got my mind' without disclosing her name. Further, they look completely comfortable with each other and seems deep in love.

Besides everything, he is really focused on his career. Further, he has a separate fanbase due to his overwhelming performances in his games. Talking about his body measurement, his height is 1.98m and weight is 220lbs.

Little was born on February 11, 2000, to April and Harold Little. Talking about his childhood, he grew up along with his parents in the United States as his parents used to work for the US military. Further, his zodiac sign is Aquarius.

In 2018, Little was named a McDonald's All-American, named Most Valuable Player (MVP) after scoring 28 points and adding five rebounds, one assist, and one steal. After putting up 24 points in 25 minutes, he also won the Jordan Brand Classic MVP.

Know About Little's Earnings and salary in 2019

Nassir is a young college prospect and yet to make his place in the National Basketball Association (NBA). However, he already has declared for the 2019 draft.

As per the reports, the top prospect of the 2018 NBA draft earned around $8,864,040 as a base salary. So with the reference, he is expected to earn the same amount after he gets drafted in 2019.

In addition, a college basketball player is specifically earning an average salary of $41,479 ranging from $36,832 to $45,564. Further, the information about his assets such as house and cars are still to be revealed in the media. Well, we will have to patient enough until 2019 draft to know about the information.

The native of Florida has secured national recognition as a mature talent and potential pick in the next draft of the NBA, but we will expect more action in his college career before that.