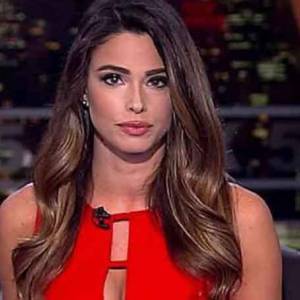 Meryl Davis is an American ice dancer who is a two-time World champion, five-time Grand Prix Final champion, three-time Four Continents champion and six-time U.S. national champion. She is also the 2014 Olympic champion with partner Charlie White and is the silver medalist of the 2010 Olympics.

Davis and White are the longest lasting dance team in the United States. As a pair, Davis and White have become the first ice dancers to win the World title and the Olympic title.

Meryl Elizabeth Davis was born on January 1, 1987, in Royal Oak, Michigan, to parents Cheryl and Paul D. Davis. She has a younger brother named Clayton. Davis was diagnosed with dyslexia in the third grade and she struggled with reading till 11th grade. She graduated from Wylie E. Groves High School. Davis is currently attending the University of Michigan where she is majoring in cultural anthropology.

Meryl Davis started skating at the young age of 5. At the age of eight, she started ice dancing and was teamed up with Charlie White by her coach in 1997. In their very first season together, Davis and White made a silver finish in the Junior Olympics in the Juvenile division. The two went on to win the 1999-2000 gold at the Junior Olympics on the intermediate level.

Davis and White won a silver medal in the 2001-2002 as novices and then moved to the junior level. In 2003, Davis and White made their junior debut in the 2003 U.S. Championships where they finished in 7th place.

Davis and White won their sectional championship in the 2003-2004 season and also finished second at the Nationals. The following year, they were able to compete in the Junior Worlds but were only able to climb to a 13th place finish. In the 2004-2005 season, the pair was only able to win two bronze medals on the ISU Junior Grand Prix series. They were unable to qualify for the 2005 U.S. Championships due to white getting injured with a broken ankle.

The pair of Meryl Davis and White were able to win the Junior national title at the 2006 U.S., Championships and also make a bronze medal finish in the 2006 Junior Worlds.

Davis and White made their senior debut in the 2006-2007 season, both nationally and internationally. They won the bronze medal at the 2007 U.S. Championships and were qualified for the 2007 World Championship where they went on to place 7th which was the highest debut placement for American ice dancers at Worlds since 1980. They placed 7th in the 2007 Skate America and their first Grand Prix medal at the 2007 Trophee Eric Bompard.

Meryl Davis and Charlie White won the 2009 National Championships as the reigning champions Belbin/Agosto withdrew due to injury. They were able to defeat Emily Samuelson and Evan Bates with a margin of 20-points to win the gold. They competed at the 2009 Nebelhorn Trophy where they finished first in all the segments of the competition winning gold medal in the overall competition.

At the 2010 Grand Prix Final, Davis and White won the won the original dance and placed second in the free dance winning the title in overall becoming the first American ice dancers to do so. The pair claimed their second Nationals titles in 2010. They made a silver finish in both the 2010 World Championship as well as the 2010 Winter Olympics.

Davis and White continued to hold the title of U.S. national champion till 2014. In the 2011 World Championship, they defeated the reigning Olympic and World Champions Tessa Virtue/ Scott Moir to become the first ice dancing world champions from the United States. The pair performed a similar feat in the 2013 World Competition defeating Virtue/Moir to claim the title of the World Champion Once again.

In the 2014 Winter Olympics, Davis and White were able to become the first Americans to win the gold medal in ice dancing. The pair has not participated in any new competition and has confirmed that they will not be returning in the competitive scene.

Meryl Davis was in a long relationship with former figure skater Fedor Andreev. She is not married to Fedor but got engaged with the figure skater on July 13, 2017.  Fedor was her boyfriend for a long time and the two have been dating for over six years.

Net Worth of Meryl Davis

Meryl Davis' net worth is estimated to be around $2 million. As a former ice dancer who has represented her country in various international events and even manage to hold the title of national as well as world champion, she did have a good financial success. Details of her career earnings have not been disclosed.