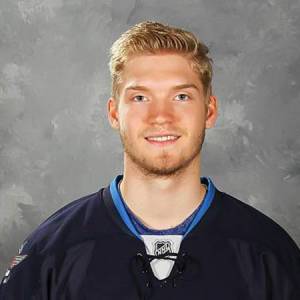 Joel Armia is a Finnic professional ice hockey player who plays in the National Hockey League (NHL). As of 2019, Joel Armia currently plays for the Montreal Canadiens as their Right Wing. Joel Armia has played for other teams like Winnipeg Jets, Buffalo Sabres, Pori Ässät.

Armia reportedly earns around $1,850,000 as his yearly salary from Montreal Canadiens. Further, Joel Armia has an estimated net worth of over $2 million. He is married to his girlfriend Emilia Harjunen.

Joel Armia Salary and Net Worth

Joel Armia has an estimated net worth of more than $2 million in 2019 which is equal to that of fellow player Alex Biega. Joe Armia has an average salary of $1,850,000 annually. He has so far made earnings of $4,537,349 from his entire NHL career.

He reportedly signed with Montreal Canadiens a one - year contract worth $1,850,000. The contract includes a guaranteed sum of $1,850,000 with a $1,850,000 cap hit. The list of highest-paid players of Montreal includes Shea Weber who earns an annual salary of $6 million.

In addition, he earns a lot of money from different sponsorships.

Joel Armia married his girlfriend Emilia Harjunen after dating for a long time. The detailed information about the marriage date and venue is not disclosed on media.

Also the native of Pori like her husband, Emilia played baseball in the Superpesis of women in the ranks of her hometown Pesäkarhu.

So far there is no news about their divorce or separation since Joel might be living a happy married life with his wife. Besides, there is no rumors and controversies regarding Joel's extra-marital affairs.

The famous NHL star has a height of 6 feet 4 inches and weighs about 95 kg.

Joel Armia was born on 31 May 1993, in Pori, Finland. As per his nationality, he is Finnic and belongs to the White ethnic group. Further, his star sign is Gemini.

He has yet not disclosed the details about his childhood, education, and family.

Joel Armia started his professional career with Porin Assat and played for three years. He would have a career total of 55 goals, 45 assists, 100 points and 120 penalty minutes during that time. After that, he signed a three-year contract with Buffalo Sabres. In addition, he made his NHL debut on 23 December 2014 against Detroit Red Wings. Later on, Joel was traded to alongside Steve Mason and for Simon Borque to Montreal Canadiens. Joel was coached under Claude Julien, the head coach of Montreal Canadiens.