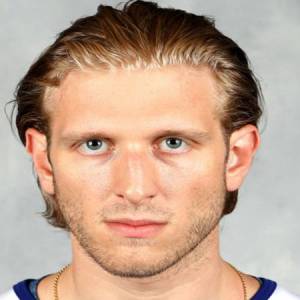 Garret Sparks is a native American professional ice hockey player who plays for the Toronto Maple Leafs in the National Hockey League (NHL) as their goaltender as in 2019. Sparks was drafted in the 2011 NHL Entry Draft by the Leafs.

Sparks has an annual average salary of around $750,000 and has a total estimated net worth of above $2 million.

Is Garret Sparks Married or Single? Know His Spouse

Garret Sparks might be currently single since he has posted on his twitter saying that the guys having girlfriend are lucky and he does not have one. Other sources and facts are not disclosed about his personal life and love affair.

Happy National Girlfriends day to everyone who has a girlfriend, you guys are some real sick puppies

Furthermore, On his official twitter post of the year 2012, he has posted the drawing of his girlfriends brother but hasn't mentioned the name of her. So let's assume Garret is dating someone but has kept secret regarding his probable girlfriend.

My gf's 6 year old brother's school project. I really have to agree with him for the most part. pic.twitter.com/Evm050wl

Garret Spends a lot of time with his family since he has shared a lot of pots and photos with his mother and sister on his official social sites. They frequently go out to different places together. In addition to this, Garret loves to wear Nixon watches since he mentioned it on his Instagram posts.

The famous ice hockey player Garret stands a height of 6 feet 2 inches(1.8796 meters) tall and has a decent weight of around 200 lbs (90 kilograms). Currently, Sparks is 26 years old.

How Much Is Garret Sparks Net Worth And Salary? Details About His Contracts

Garret Sparks has reported a total net worth of above $2 million as of 2019. Furthermore, talking about his salary, Sparks is among the list of the popular newcomers in the ice hockey career and is receiving a sum around $750,000 annually in 2019 from Toronto Maple Leafs as his salary.

Garret's career earnings are also discussed by many people and so far he has earned a quite good amount of money around $5 million as reported by the websites that publish salary and contract details of ice hockey players.

At the beginning of his career, he signed his first contract with the Toronto Maple Leafs which is worth $2.31 million signed on November 20, 2013, for three years. Currently, Garret has signed a one-year contract with the Leafs signed on March 5, 2019, worth of  $750,000.

Garret Sparks was born in Elmhurst, Illinois, U.S. on June 28, 1993. Garret is American by nationality and he has white ethnicity. Sparks has a sun sign of Cancer.

Garret spent his childhood along with his brother and sister. Sparks has shared some photos of his mother but other facts about his family are not available.

Garret Started his professional career with the Chicago Mission of the Tier 3 Elite Hockey League and later played in the Ontario Hockey League. He was drafted in the 2011 NHL Entry Draft by the Toronto Maple Leafs and played over three seasons for Leafs in American Hockey League.

Sparks also played for the New York Islanders since he was traded for Michael Grabner on the 2015 season. After some time, Garret was recalled by the Toronto Maple Leafs in the 2016 season. During the 2017-18 season, Sparks along with Calvin Pickard was awarded Harry "Hap" Holmes Memorial Award.

Currently, Garret Sparks is wearing #40 jerseys since his former #31 jersey was taken by Frederik Anderson. He is being trained by his team's alternate captain John Tavares.