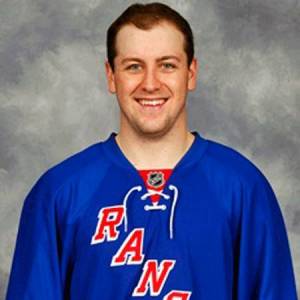 As one of the most famous sports in the world, hockey draws the attention of the United States and Canadian player who weaved a dream of playing in the Illustrious National Hockey League. NHL has produced numerous like Wayne, Gretzky and Bobby Orr. Likewise, Derek Stepan is one of the professional names in the world of hockey. He is a rising superstar of the NHL world. He played at the position of centre and an alternate captain for New York Rangers of the National Hockey League (NHL). He also played collegiate hockey at the University of Wisconsin. Derek Stepan born as Derek Kenneth Stepan on June 18, 1990. His place of birth was Hastings, Minnesota. He is American. His ethnicity is white. His star sign is Gemini.

Derek Stepan went to Shattuck-Saint Mary’s where he played hockey for his school team. In school, he scored 81 points during his junior year and 111 points during his senior year. Later on, he went to the University of Wisconsin and played for the Badgers hockey program in the WCHA.

By forgoing his junior and senior years, he agreed to a professional contract with Rangers on July 1, 2010. On 9 October 2010, he scored a hat-trick in his first NHL game against Buffalo Sabers. He becomes the only the fourth player to scored a hat trick in the debut. On Sep 26, 2013, he signed two-year extension contract worth of $6.15 million. According to the new contract of Rangers, he settled on a six-year worth of $39 million contracts. As of now, he has 111 goals, 194 assists, and 305 pts in a regular season of NHL. He scored 17 goals, 26 assist and 43 points in playoffs.

Derek Stepan’s current relationship status is married. He married his longtime girlfriend Stephanie Kent in 2014. Since getting married to till date, the lovely couples are extremely happy in their relationship. There is no news flashed that the couple is going to separate. By seeing their successful marriage life, they will less likely to take a divorce in the upcoming days. They together have a son named Maxwell Joseph Stepan.

Derek Stepan is an exuberant and dedicated player. He has earned lots of respect due to his remarkable performance in the game of hockey. All of his fans are attached to the television whenever his games on the front of the television screen. He gives a true example of what the sportsman should be like. He had never been the part of the controversy.

As of 2015 Derek Stepan salary is 8 million USD. His estimated net worth is around $14 million. Countless of his fans and followers follow him on social networking sites. His fans are largely growing on Twitter and Instagram. Recent updates about his life and bio can be taken from Wiki.

Caitlin Cahow Caitlin Cahow- Retired Ice Hockey Player; Where is she Now? Her Family, Personal Life; Is she a Lesbian?
Biography

Indi Cowie 1994 - The famous freestyle player, Indie Cowie holds $500,000 as a Net Worth; Is She in a relationship?
Biography

Kenta Maeda Kenta Maeda Signed a 8-year/ $25 Million Contract; How much does he Earn annually? His Wife and Family
Biography

Rebkah Howard Rebkah Howard: Wag who belongs to former NFL player, Desmond Howard, Shares three children, How much is her net worth?
Biography

Lori Chalupny Lori Chalupny- Head coach at Maryville University; How much does she earn annually? Is she Married?
Biography

Lise Lafleur Lise Lafleur the wife of former NHL player Guy Lafleur; How is their Married Life and Children?
Biography

Bud Black Bud Black- Colorado Rockies Manager's Salary and Net worth in 2020; How is his Married Life?
Biography

Tyreek Hill Tyreek Hill: Under $54 Million Contract, How Much Is His Net Worth? Is He married?
Biography

Darren Waller 1992 - 2015 NFL draftee, Darren Waller holds $3 million as a Net Worth; Know about his salary; Is he is in a relationship?
Biography