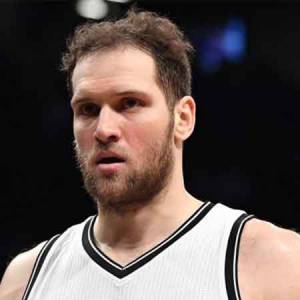 Earlier, he signed a 2-year contract with Indiana Pacers including  $21 million guaranteed. Bogdanovic has an annual salary of $10.5 million, there was a fourth highest-paid player of Indian Pacers besides Tyreke Evans, Victor Oladipo, and Thaddeus Young.

The NBA star has earned nearly $32 million from his NBA career. In 2016, his annual salary was $2 million.

About Bogdanovic's personal life, he is 30 years old. There is not any detail information about his romantic affairs. Bogdanovic appears to be focused on his NBA career.

Whenever he gets free time, Bogdanovic likes to spend time with his sister and friends. There is no rumor of Bogdanovic's past relationship.

Besides being the NBA star Bogdanovic likes to be active on social media. He has 113k followers on Instagram and 13.5k followers on Twitter, respectively. His facebook has 70k likes.

Bojan Bogdanovic was born on April 18, 1989, in Mostar, Yugoslavia to parents Koviljka Bogdanovic and Mario Bogdanovic. His star sign is Aries. Bogdanovic has a sister Ivana Bogdanovic. 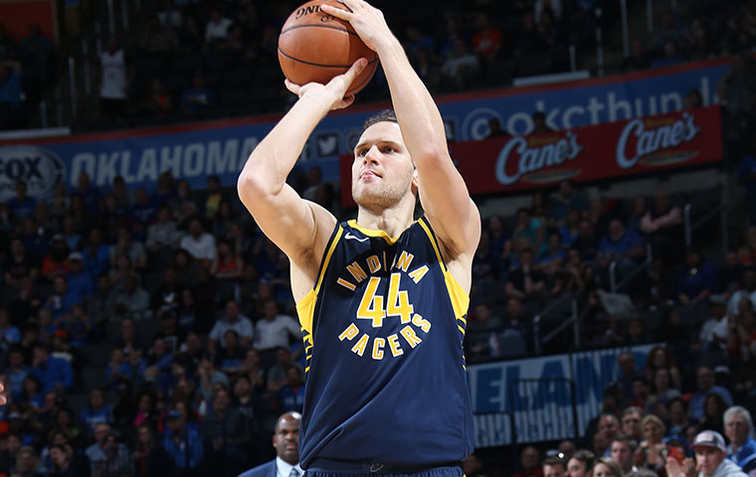 In 2004, Bogdanovic started his basketball career with local club Zrinjski Mostar at the age of 15. He played for Real Madrid Baloncesto for five years from 2005-2009.

Bogdanovic's NBA career began in 2011 with Miami Heat. He was later traded to Minnesota Timberwolves, and then to the New Jersey Nets on draft night. Bogdanovic was selected with the 31st overall pick in the 2011 NBA draft.

On July 20, 2014, Bogdanovic signed a 3-year contract worth $10 million with Brooklyn Nets. On November 11, 2015, he helped the Nets record their first win of the season, scoring 22 points against Houston Rockets.

Deanne Rose Deanne Rose: How much she earns from Canadian national team? Know her net worth, Is she dating?