Olivia Mehaffey is a Northern Irish Professional golfer who played in the ANA Inspiration, Women's PGA C'ship, U.S Women's Open, Women's British Open, and Evian Championship. The Irish golfer is well known for her title in the Irish Women's Open Championships and 2019 Pac-12 Championships. Mehaffey made her LPGA Tour debut in the spring semester of 2021, where she attended the LPGA Q-School.

Mehaffey was born in 1998 in the beautiful town of Belfast, Northern Ireland, where she grew up with her father Philip and mother, Evelyn. The Irish golfer grew up with her brother named Luke, with whom she spent most of her childhood. 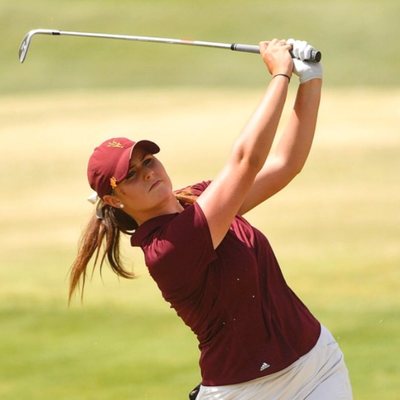 Olivia Mehaffey Net worth and Earnings

Mehaffey has been playing golf from an early age. To date, The Irish Women's Amateur Close Champion has been trying and pushing hard to achieve better positions. Till yet, the golfer has collected some good fortunes to date.

The Irish golfer just turned professional in 2021 and made her LPGA Tour debut, so there is more to come for this amazing talented golfer. As of now, her salary and net worth have been flashed out yet. She is sponsored by Carlisle Companies, Realtime IT Recruitment, Ulster Carpets, FirstKey Homes, Five Iron golf, and Aktivora. 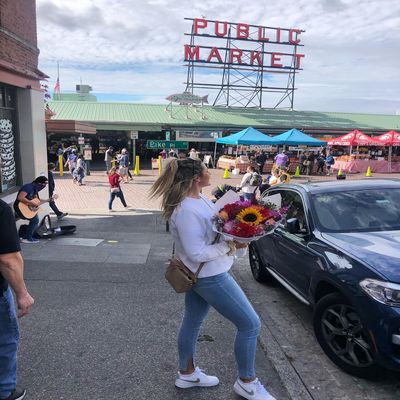 Olivia Mehaffey during her visit to Seattle. SOURCE: [email protected]

Mehaffey's net worth is estimated to be 100K-$1 million. Her main source of income is by playing professional golf. Since she is just at her starting phase, we expect she will touch the sky with glory in the upcoming days. Mehaffey is fond of traveling and always dreams of going on a leisure world tour. She has been living a lavish lifestyle.

Is Olivia Mehaffey in a Relationship?

Mehaffey is not involved in their love life as a professional golf player. She is open about her life on social media, but she has not posted anything about the relationship, but she is often seen with her best friend Blake Wagoner, whom she loves spending her time with. 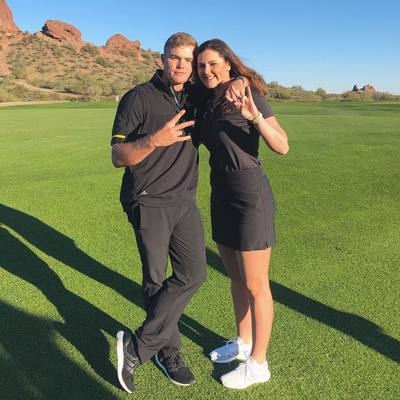 Simply, The Irish Golfer is enjoying her life and loves going out on hikes and traveling. Her previous relationships are too not discussed on social media. She is determined to her career, and who knows, things might change between Mehaffey and her best friend.

Mehaffey is active on Instagram. She has some good followers. The Irish Golfer posts about her Tournaments, achievements, and personal life. She is available to her fans. The golf player frequently posts about her life. Her father passed away in the winter of 2021 after a long battle with cancer.