Albane Valenzuela is a rising Swiss professional golf player. She has been playing golf at the professional level since 2019. Before turning professional in 2019, Albane won the 2014 Swiss International Championship, the 2017 NCAA Albuquerque Regional, and the 2019 Pac-12 Championship. She is yet to win a major tournament in her career.

Albane Valenzuela was born on December 17, 1997, in New York City, New York. She is among the two children born to Diane Valenzuela and her husband, Alberto Valenzuela. She has a brother named Alexis Valenzuela. Her father is of Mexican descent, and her mother of French descent. She turned her nationality into Swiss at the age of 14. Talking about her physical appearance, Albane stands five feet and nine inches tall and weighs 58 kgs.

Albane Valenzuela recently turned professional and is at the beginning of her career. She has not yet earned big prize money as she is yet to win a major title. Her LPGA earnings so far is reported to be around $200,000 Valenzuela has an estimated net worth of more than $100,000. 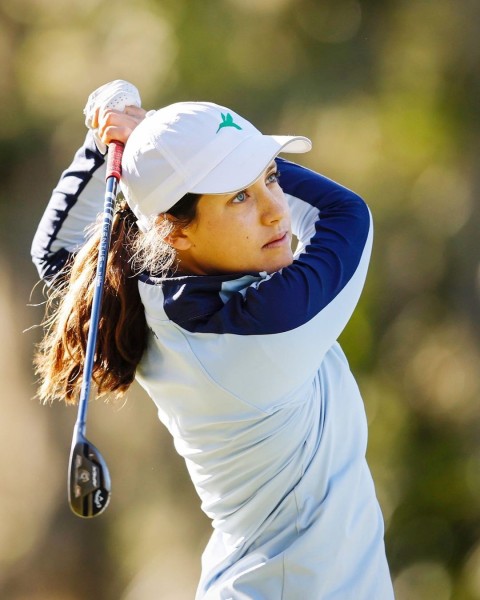 Albane earned $99,000 in her rookie year at the LPGA Tour. In 2021, she has so far earned $74,079 and is one of the highest-earning golfers. She gained much of her making from the LPGA Drive on Championship presented by Volvik at Golden Ocala. The Swiss golfer recently signed a multi-year deal with Under Armour and Monster Energy.

Who is Albane Valenzuela Dating? Know About Her Relationship and Love Life

Albane is in a romantic relationship with her longtime boyfriend, Benjamin Hallock. The love birds have been dating each other for more than three years. They first met each other at the Stanford University where they studied. Both of them are very much supportive of each other. 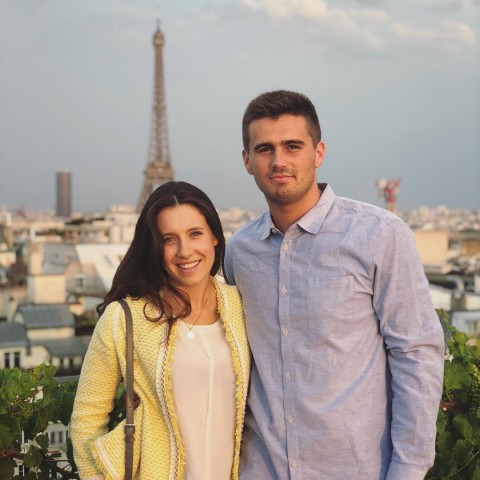 Albane started her professional golf career at a very early age. She won more than half a dozen of amateur titles before turning professionals. The golf player won her first title at the 2013 Swiss National Match Play Championship, Bulgarian Amateur Open. Valenzuela had represented Switzerland in the European Girls' Team Championship.

New York Native, Professional golfer made into top-5 finishes on the Ladies European Tour in 2016. Valenzuela reached the final of the 2017 U.S. Women's Amateur but lost the final. At the end of 2019, Albane turned professional after earning her LPGA Tour at Q Series in November 2019. In early 2021, She reached the top 10 of the LPGA Drive On championship.