Fastest ascent of all fourteen eight-thousander mountains Title Holder, Nirmal Purja is a globally recognized Nepalese mountaineer. He has become the center of global news after achieving another feat to his name. Nirmal came into the worldwide limelight in January 2021 after Purja, himself, and nine other Nepali mountaineers made history the first to ascend K2 in the winter's harsh weather conditions.

Nirmal Purja Aka Nims was born on July 25, 1983, in Myagdi, Nepal. He is among the five children born to his parents. His father was an Indian Army Officer, and his mother remained at home looking after their children. Nirmal served in the British Armed Forces as a Nepalese Gurkha before starting his career as a Mountaineer.

It was 2012 when Nirmal first climbed a mountain. This very moment changed the purpose and aim of Purja's life. He had the plan to trek to Everest Base Camp, but after reaching the Namche Bazaar, the biggest town in the Khumbu Valley, Nirmal urged his guide to ascend Ama Dablam, and the two successfully summited. 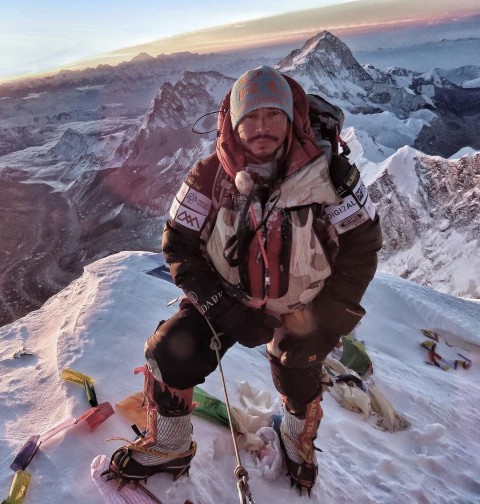 In 2014, Purja attempted his first 8,000-meter peak, Dhaulagiri, and submitted. After two years, the Mountaineer bucketed his list summing Mount Everest. Following the year, In 2017, Nirmal led the Gurkhas on an expedition to summit Everest. This expedition was for celebrating 200 years of allegiance to the British Crown. Within five days of the summit, he climbed Lhotse and Makalu, the world’s fourth and fifth-highest mountains.

In 2019, Nirmal started Project Possible and decided to take his game one step further, scaling 14 ‘eight-thousanders’ – the official designation for mountains that exceed 8,000m in height – in the fastest time he could. On April 23, 2019, the Bremont Project Possible team summited their first eight-thousander – Annapurna in Nepal. On July 24, 2019, Purja’s team summited K2.  He climbed the last five summits in only 12 days.

After conquering most of the possible records, Nirmal's attention drew attention towards ascending Mount K2: World Second Highest Moutain in Winter Season, which was never done before. Purja climbed the mountain without supplemental oxygen, becoming the first individual to do so, and was never an easy expedition for the climbers. 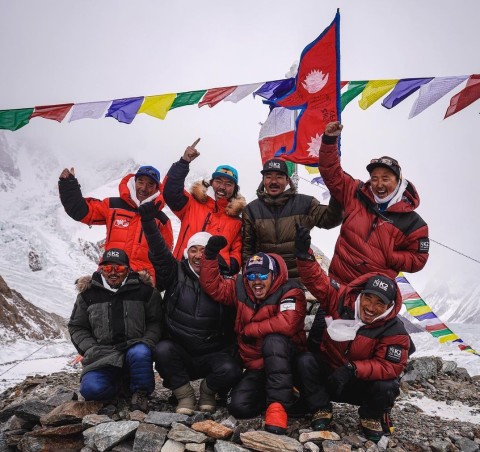 Purja along with his team after ascending the Mount K2 SOURCE: [email protected]

The weather went wild and hit the lower camps at the foot of K2, and some equipment was lost. However, They did not lose their hope and successfully ascended the Mountain. On January 16, 2021, Purja and his eight other Nepali climbers successfully ascended K2 at 16:58 local time in Pakistan.

Journey From Nepal to British Army and Back to Mountains

In 2003, The Nepalese Mountaineer got selected into the Brigade of Gurkhas. After five years of service in the British Royal Army, He took training for the Special Boat Service, becoming the first Gurkha to pass SBS selection. In 2018, To follow his passion, Purja quit the military to focus on mountaineering. The same year, Nirmal was appointed a Member of the Order of the British Empire (MBE) by Queen Elizabeth II for his outstanding work in high altitude mountaineering. 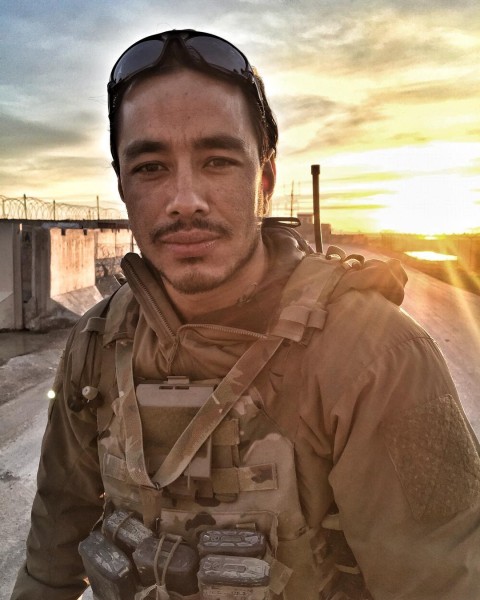 In 2020, Purja launched his book, Beyond Possible: One Soldier, Fourteen Peaks -My Life in the Death Zone. In his book, He has shared his journey from his hometown to the Kingdom and back to the Himalayas. World Guinness Record has listed his records.

What is Nirmal' Netbworth? Know About His Income Source

Purja has several globally recognized brands like Red Bull, bremontwatches, antmiddleton, summitoxygen, and a few more for his mountain expeditions. He must be earning in six-figures and living a lavish life. He is the Brand Ambassador of the Bremont Project Impossible.