Nicholas Mackie Hoerner popular as Nico Hoerner is a professional baseball player currently playing for the Chicago Cubs of MLB as their shortstop. He was picked 24th overall by the Chicago Cubs in the 2018 MLB draft.

Born as Nicholas Mackie Hoerner on May 13, 1997, he is a native of Oakland, California. His star sign is Taurus. Moreover, he holds an American nationality and belongs to the white ethnic background.

As of 2019, the baseball shortstop has an estimated net worth of around $2 million. For now, his major source of earning is his MLB career. Currently, in the initial phase of his career, he is yet to sign the endorsement. 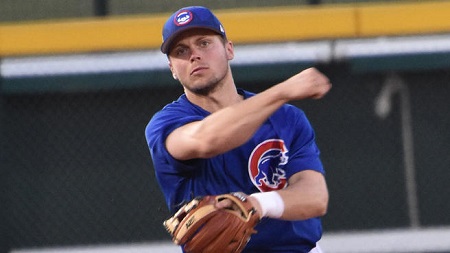 According to the source, MLB reported the average salary for minor league players, ranging from $1,300 monthly in the lowest A-level leagues to $10,000 per month in Triple A. Also, MLB listed that players get one-time signing bonuses ranging from $1000 to $10,000.

The twenty-two years old hunk is currently in a relationship with his girlfriend, Julia DiTosto. As reported, they started dating since 2016. 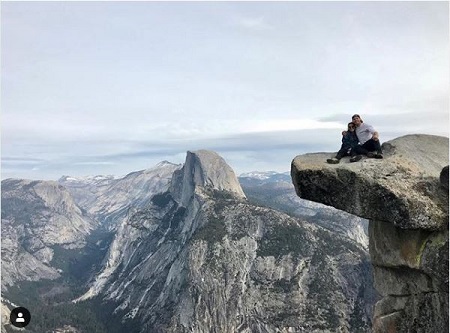 Scrolling through Hoerner Instagram, he often shares adorable pictures with his lady. Their photos are mostly from their vacations. To date, the love bird has visited many breath-taking holiday destinations including Phelps Lake, Point Isabel, Glacier Point, and Grand Teton, among others. 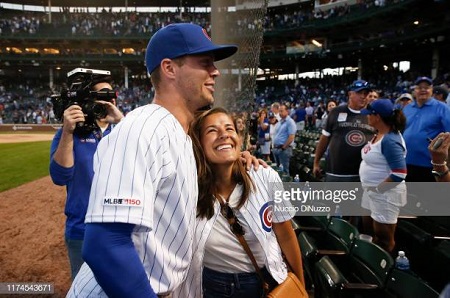 Further, Julia DiTosto also visits during the match to support his man. However, she has set his Instagram private. It seems like; the lady enjoys his personal life behind the public attention.

He was born to parents: father Fred Hoerner and mother, Keila Diehl. His father is an English teacher at Bentley School in Lafayette, Calif while his mother who graduates of Stanford teaches East Asian studies at Cal.

Furthermore, Hoerner has a sister named Annika Hoerner with whom he shares a strong bond.

After playing baseball for Stanford University, he was selected 24th overall by the Chicago Cubs in the 2018 Major League Baseball draft. Soon, he made his professional debut with the Arizona League Cubs.

He made his MLB debut On 9th September 2019, against the San Diego Padres. His famous teammates include Jonathan Lucroy, Yu Darvish, and Kris Bryant.