How Much Is Navneet Dhaliwal's Net Worth In 2021?

Turned professional in 2015, Navneet Dhaliwal has earned a decent sum of money through his ever-growing cricket career. The International Cricket Council (ICC) named him as the key player in Canada's squad. Moreover, he is also the captain of the Canada national cricket team.

It is believed that Navneet Dhaliwal makes $0.1 million annually from his cricket. As of 2021, his net worth is approximately $0.5 million.

The Canadian cricket sensation has maintained his personal life as secret as possible. He has dropped no hint about his relationship anywhere. Further, he is not much active on socials such as Instagram and Twitter. Must say, Navneet Dhaliwal lives a very low-key life. Hene, his relationship status is unknown.

He played in the 2018–19 Regional Super50 tournament in the West Indies, being the leading run-scorer for Canada in the tournament, with 271 runs in six matches.

The following year, he played in the  2019 ICC World Cricket League Division Two tournament in Namibia for Canada where he had  219 runs in five matches.

In June 2019, the Edmonton Royals franchise team signed him to play in the 2019 Global T20 Canada tournament. 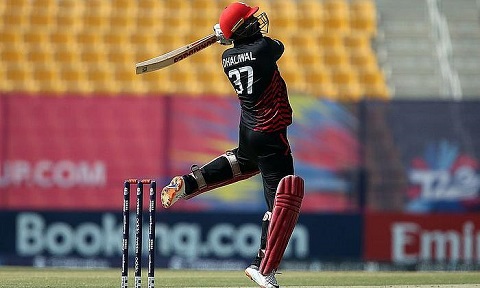 In August 2019, Dhaliwal has announced the captain of Canada's squad to play in the Regional Finals of the 2018–19 ICC T20 World Cup Americas Qualifier tournament.

On 18th August 2019, he made his T20I) debut for Canada against the Cayman Islands, concluding the tournament as the leading run-scorer, with 190 runs in six matches.

In September 2019, Dhaliwal was named Canada's squad captain for the Malaysia Cricket World Cup Challenge League A tournament. In October 2019, he served as captain of Canada's squad for the 2019 ICC T20 World Cup Qualifier tournament in the United Arab Emirates.

In October 2021, Dhaliwal was named as the captain of Canada's squad for the 2021 ICC Men's T20 World Cup Americas Qualifier tournament in Antigua.