Nathan Eovaldi is a professional baseball player from America who currently plays as a pitcher for the Boston Red Sox of Major League Baseball (MLB). On July 4, 2021, Nathan was named American league roster for the MLB All-Star Game. He also won the World Series Champion with Red Sox in 2018 in which he played a major role as a pitcher.

Before Boston  Red Sox, he played for the Los Angeles Dodgers, Miami Marlins, New York Yankees, and Tampa Bay Rays. Boston traded Jalen Beeks in exchange for Eovaldi from Tempa Bay Rays in 2018. In 2018, he became the first reliever to throw 6+ innings in a World Series Game. Before him, Rick Rhoden did the same in 1977.

Who is Nathan? (Personal Information, Physical measurements, and Education)

Nathan Edward Eovaldi was born on February 13, 1990, in Alvin, Texas, the United States and his birth sign is Aquarius. So as of 2021, Nathan is 31 years old and wears the No. 17 jersey for Boston Reds. He throws and bats both with his right hand. 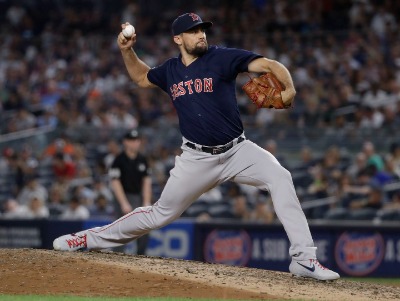 Nathan has a height of 6 feet 2 inches and weighs around 98 kg. He went to Alvin High School in Alvin, Texas, and used to play for the Alvin High School's baseball team. Despite having Tommy John surgery to repair the injured ulnar collateral ligament in his right elbow, he was named an honorable mention on Texas' All-State team.

For his college, he got a college baseball scholarship in Texas A&M University but he turn it down after being selected by the Los Angeles Dodgers in round 11 of the Maor League Baseball Draft.

He made his first senior debut on August 6, 2011, as a starting pitcher against Arizona Diamondbacks.

Nathan's Net worth, career earnings, and contract with Red Sox

According to the sources, the net worth of Nathan Eovaldi is estimated to be $10 million approximately. This includes all his properties, assets, monetary values, and earnings from sponsorships deals. His major source of income is from playing baseball.

The major contributor of Eovaldi's net worth is from his recent signings in 2019 with Boston Red Sox worth $68 million for 4 years. So, he would earn up to $17 million per year from Boston Red Sox.

Read about Dylan Carlson's Net worth and Salary

In 2021, Nathan Eovaldi is living with his wife Rebekah Eovaldi and his 2 children in Houston, US. He has been in a relationship with Rebekah for more than a decade. 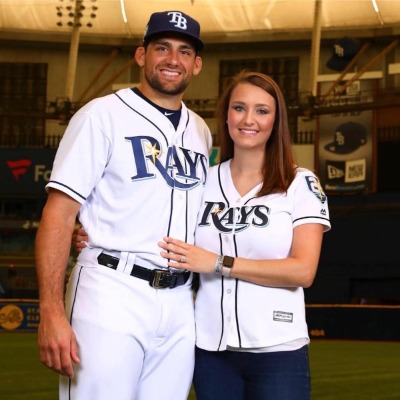 Read about Who Is Cristian Pache Dating?

Nathan met his wife Rebekah during his high school days with whom he dated for more than 2 years before getting married. He tied his knot with his love in 2013 in the presence of their close friends and relatives.

Rebekah Eovaldi was born in 1989 and has been the greatest supporter of her husband's career. She is originally from Texas but has been with Nathan wherever he goes. 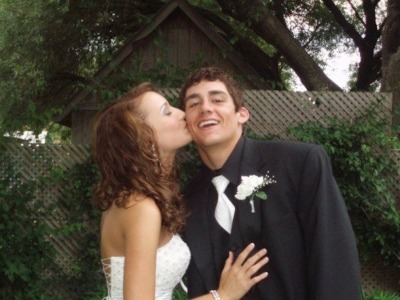 Nathan Eovaldi with his wife Rebekah during his high school SOURCE: https://offthefieldnews.com/

Together, the couple has a son and a daughter. Although the pair have not revealed their children's names to the public their elder son was believed to be born in 2014 and their younger daughter was born in January of 2019.